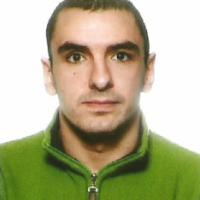 When and where did you begin this sport?
He began swimming in 2006 in Andujar, Spain.
Why this sport?
He initially got involved in swimming as a hobby. He then met coach Esperanza Jaqueti Peinado and started taking the sport seriously.
Club / Team
Club Fidias Deporte Inclusivo: Córdoba, ESP
Name of coach
Esperanza Jaqueti Peinado [club], ESP
Training Regime
He trains six days a week, with double sessions three times per week. He trains in Andujar, Spain, for the majority of the year and in Cordoba, Spain, during the northern hemisphere summer months.

He received the Sport Award at the 2021 Jaen en Positivo awards from Spanish radio station COPE Jaen. That year, he also received a Constitutional Award from the Spanish Government Sub-Delegation in Jaen for his promotion of Para swimming and social inclusion. (miguelangel-martinez.com, 22 Dec 2021, 06 Dec 2021; cope.es, 20 Dec 2021; cadenaser.com, 03 Dec 2021)

In 2019 he received an acknowledgement from the city of Cazorla, Spain, for his sporting achievements. (miguelangel-martinez.com, 16 Feb 2019)

In 2018 he received the flag of the city of Andujar, Spain, as an acknowledgement of his sporting career. (miguelangel-martinez.com, 25 May 2018)

He was named the 2014/15 Male Athlete of the Year by the Andalusian Federation of Sports for the Physically Disabled in Spain. (miguelangel-martinez.com, 19 Feb 2016)
Impairment
He has arthrogryposis, a condition which causes congenital joint contractures in two or more areas of the body. "I underwent around nine surgeries that helped me so much. Also physiotherapy. But what has helped me the most is swimming." (marca.com, 30 Jun 2020; Athlete, 15 Aug 2018; miguelangel-martinez.com, 22 May 2012)
Other information
OTHER ACTIVITIES
He has designed his own line of swimsuits named 'Tajuelo'. (dxtadaptado.com, 07 Jul 2016)

FURTHER STUDIES
He has studied for a degree in sports with a specialisation in swimming from the Castile-La Mancha University in Toledo, Spain. He is also a certified swimming coach with the Spanish Swimming Federation. (miguelangel-martinez.com, 28 Jun 2020; Facebook profile, 13 Nov 2020)

OTHER ROLES
He has served as a member of the Spanish Association of Congenital Multiple Arthrogryposis since its foundation in 2014. "I'm hoping that my story can help other families. A complete and happy life can be lived even with this condition." (marca.com, 30 Jun 2020)