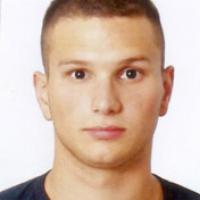 When and where did you begin this sport?
He began swimming at age one.
Why this sport?
He took up the sport to help with his impairment and because he was born close to the sea.

He was awarded the Franjo Bucar Award in 2004 by the Ministry of Science, Education and Sports of the Republic of Croatia. (public.mzos.hr, 13 Oct 2009)

He was presented with the Order of the Croatian Danica in 2004. (unidu.hr, 13 Oct 2009)
Other sports
Before focusing on swimming he played water polo and helped South Dubrovnik win the Croatian Cup in 1997. (adventure-sport.net, 07 Dec 2005)
Impairment
The impairment to his right leg is a result of polio. He contracted the illness as an infant. (vecernji.hr, 13 Oct 2009)
Other information
RETIREMENT
He quit competitive swimming after the 2012 Paralympic Games in London. He retired as Croatia's most successful Paralympian, having won a total of four world championship gold medals and four bronze medals at the Paralympic Games. (paralympic.org, 11 Nov 2013, 02 Sep 2013)