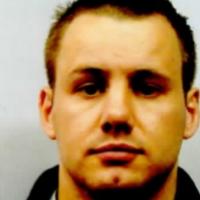 When and where did you begin this sport?
He shot air rifles as a boy in Orkney, Scotland, and rediscovered his interest in the sport while on a family shooting trip in 2013 in Inverness, Scotland.
Why this sport?
"It was a shooting trip with my father and two brothers in Inverness [in 2013] that rekindled the interest. I was shooting recreationally for a while, going out when I could, but about three years ago [speaking in 2019] I got to the stage where I had reached a plateau. That is when I began to shoot competitively [in shooting Para sport] and in 2016, I was selected to represent Scotland at the Home Countries International Tournament in Dublin [Ireland]."
Club / Team
Disability Sport Fife: Scotland
Handedness
Right

Memorable sporting achievement
Winning the Para trap title at the 2021 British Grand Final in England. (Instagram profile, 04 Nov 2021; Facebook profile, 14 Sep 2021)
Ambitions
To win a World Cup event, and to claim a medal at the Paralympic Games. (sportscotland.org.uk, 07 Sep 2017)
Impairment
He has an impairment to his left arm. (fifetoday.co.uk, 02 Aug 2017)