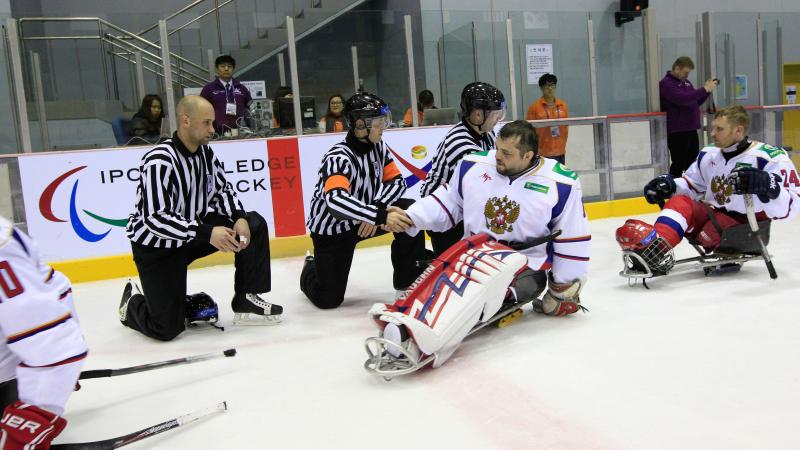 When and where did you begin this sport?
He took up ice sledge hockey in 2010 in Aleksin, Russia.
Why this sport?
A friend invited him to try the sport after he lost his leg in an accident.
Club / Team
Phoenix: Russia
Name of coach
Sergey Samoylov [national], RUS; Nikolay Sharshukov [club], RUS, from 2013
Preferred position / style / stance / technique
Goaltender

For his performance at the 2014 Paralympic Winter Games in Sochi, he was awarded the Order for Merits to the Fatherland [first grade] by the president of Russia. (kremlin.ru, 17 Mar 2014)

He was awarded the 'What is life? Fight!' award by the Russian Paralympic Committee at the 2013 VII Solemn Award Ceremony. (paralympic.org, 06 Nov 2013)

He was named Best Goaltender at the 2013 Ice Sledge Hockey World Championships A-Pool in Goyang, South Korea. (paralympic.org, 02 May 2013)

He was named Best Goaltender at the 2012 Russian Championships. (udm-info.ru, 20 Mar 2012)
Impairment
He had to have his leg amputated after being involved in a train accident. (Athlete, 06 Mar 2014)