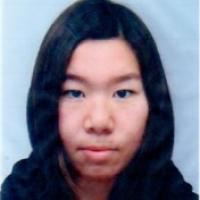 When and where did you begin this sport?
She began the sport at age five in Osaka, Japan, and began taking it seriously at about age nine.
Why this sport?
Her mother took her to a swimming pool, and she liked being in the water.
Club / Team
Rikkyo University: Tokyo, JPN
Name of coach
Kihou Abe [club], JPN; Kunihiko Mchizuki [club], JPN; Fumiyo Minemura [national], JPN

She was named Best Female Youth Athlete in 2014 by the Asian Paralympic Committee. (paralympic.org, 04 Dec 2014)
Ambitions
To win a gold medal at the 2020 Paralympic Games in Tokyo. (yomiuri.co.jp, 04 Jan 2016)
Impairment
She had both legs amputated below the knees when she was born. (city.katsuragi.nara.jp, 01 Jan 2015)