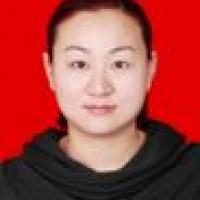 When and where did you begin this sport?
She began professional training in 2009.
Why this sport?
She was inspired to take up the sport after watching Chinese Para athlete Zheng Weihai win a silver medal in the F57/58 discus throw at the 2008 Paralympic Games in Beijing.
Club / Team
Xinjiang Province: China

Memorable sporting achievement
Winning a gold medal in the F57/58 javelin throw at the 2012 Paralympic Games in London. (news.ifeng.com, 21 Oct 2014)
Most influential person in career
Coach Zheng Weihai. (epaper.ts.cn, 25 Dec 2013)
Awards and honours
In 2012 she was named a National March 8th Red-Banner Pacesetter and received the May 1st Labour Medal in the People's Republic of China. (163.com, 21 Oct 2014)
Impairment
The impairment to her legs is a result of the effects of polio. She was diagnosed with the illness as a child. (xinjiangnet.com.cn, 13 May 2013)