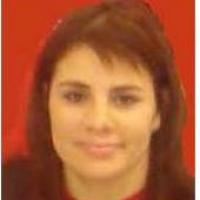 When and where did you begin this sport?
She took up the sport in 1999 in Mexico City, Mexico.
Why this sport?
She likes the training and competition aspect of the sport.
Club / Team
Asociacion Mexiquense de Deporte sobre Silla de Ruedas: Mexico
Name of coach
Jesus Garcia [club], MEX
Training Regime
She trains at the Mexican Paralympic Centre [CEPAMEX] in Mexico City, Mexico.