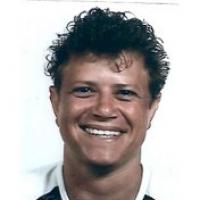 When and where did you begin this sport?
She began swimming in October 2004 with club Oceanus in Aalsmeer, Netherlands.
Why this sport?
She started swimming recreationally and then grew to love it.

Injuries
She suffered from acute appendicitis in August 2018. She was urgently taken to the hospital, where she underwent surgery. (Facebook profile, 12 Aug 2018)

In February 2018 she underwent surgery on her heart as a pacemaker had to be placed. (Facebook profile, 10 Feb 2018)

In 2009 she underwent surgery on both her shoulders. She was out for a year as a result as it both times took six months two recover. (deKNZB's YouTube channel, 02 May 2012; paralympisch.nl, 2012)

She had seven operations on her anterior cruciate ligament [ACL] during her career. (swimswam.com, 30 Aug 2012)
Awards and honours
She was the Netherlands' flag bearer at the closing ceremony of the 2008 Paralympic Games in Beijing. (gelderlander.nl, 16 Sep 2008)
Other sports
She played wheelchair basketball but was forced to quit due to injury. (zwemmirjam.web-log.nl, 08 Dec 2009)
Impairment
She has a connective tissue condition, which was first diagnosed in 1993 after the birth of her daughter. She underwent an operation in 2000, during which a nerve was damaged in her spine, resulting in paraplegia. (100procentdopefree.nl, 08 Dec 2009)
Other information
RETIREMENT
She ended her career after the 2013 Maccabiah Games in Jerusalem, Israel. (LinkedIn profile, 2018)

OTHER ACTIVITIES
She has served as a voluntary adviser for a travelling website to make hotels more accessible for people with an impairment. (LinkedIn profile, 2018)