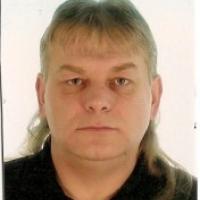 When and where did you begin this sport?
He began the sport in 2003 in Karlovy Vary, Czech Republic.
Why this sport?
"I had tried other team sports before, but sledge hockey is the right sport for me."
Club / Team
SKV Sharks: Karlovy Vary, CZE
Name of coach
Jiri Briza [national], CZE
Preferred position / style / stance / technique
Defence

Nicknames
MIrda (caths.cz, 20 Feb 2014)
Sporting philosophy / motto
"Keep fighting hard to achieve your goal." (Athlete, 09 Mar 2014)
Awards and honours
He was the Czech Republic's flag bearer at the opening ceremony of the 2018 Paralympic Winter Games in Pyeongchang. (pyeongchang2018.com, 09 Mar 2018)
Impairment
He was involved in a train accident that resulted in both of his legs being amputated. (Athlete, 09 Mar 2014)
Other information
COACHING
He coached the SKV Sharks Para ice hockey team during the 2017/18 season. (onlajny.com, 23 Sep 2017)