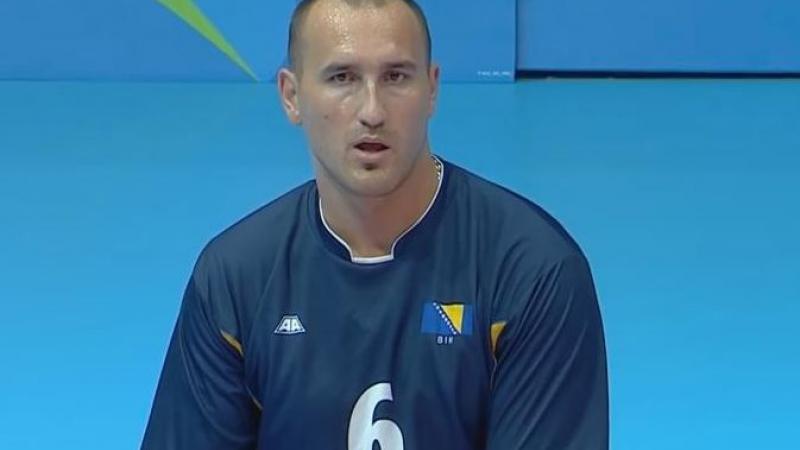 Mirzet Duran captained Bosnia and Herzegovina to another final at the 2018 Sitting Volleyball World Championships but could not prevent Paralympic champions Iran from defeating them for gold.

Duran has led the men’s team over the past eight years, winning multiple international competitions. He is a three-time Paralympian having made his debut in the side that won silver at Beijing 2008.

Four years later at London 2012, Duran joined his teammates at the top of the podium as Bosnia and Herzegovina finally won gold, defeating Iran in the final. He was named best hitter in the British capital.

Duran was also part of the team that claimed silver at the Rio 2016 Paralympic Games behind rivals Iran, finishing as the tournament's best server.

He also helped Bosnia and Herzegovina win the European titles in 2013 and 2015 but had to settle for bronze at the 2017 edition in Porec, Croatia.

Having only just entered his thirties, he is a player with a bright future and a force to be reckoned with on the court.

Duran took up the sport in 2003 after a coach from his club OKI Fantomi Sarajevo invited him to try it. He is now the team captain.

He lost his left foot at age six after being wounded during the Siege of Sarajevo in the Bosnian War. He was playing in front of his home with other children when grenades landed close to them and exploded.