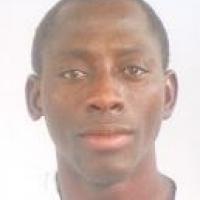 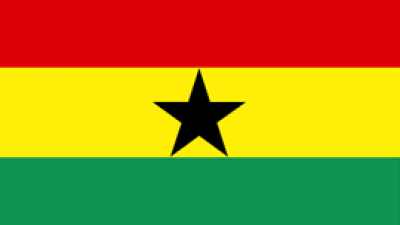 Most influential person in career
Alatiiga John Abanga, a doctor from Garu-Tempane, Ghana. (Athlete, 02 Sep 2012)
Injuries
He was preparing to compete in the football 2014 Amputee World Cup in Turkey, when he broke his already damaged right leg and was forced to sit out the competition. (endpolionow.org, 01 Jul 2014)

He contracted chickenpox while in the Athlete's Village at the 2012 Paralympic Games in London. The illness hampered his performance in the time trial event, and also forced him to withdraw from the road race the following day. (uci.ch, 03 Dec 2015)
Sporting philosophy / motto
"I do not feel like I'm doing something extraordinary. But I get the chance to shine my little light in the darkness. I am using the sport and my disability to show that human ability can overcome bodily limitations." (kriticalmass.com, 17 Aug 2014; endpolionow.org, 01 Jul 2014)
Awards and honours
He was Ghana's flag bearer at the opening ceremony of the 2012 Paralympic Games in London. (uci.ch, 03 Dec 2015)
Other sports
He played football on the Ghanaian national amputee team and together they won the African Football Cup of Nations in Sierra Leone in 2007. (sportsdeskonline, 03 Oct 2014; cyclingnews.com, 02 Sep 2012; endpolionow.org, 01 Jul 2014)
Ambitions
To win Ghana's first Paralympic medal at the 2016 Games in Rio de Janeiro. Outside of sport he and British coach Alexandra Main want to build a daycare centre in Ghana to provide pre-primary education and health care for children. He has also voiced his ambition to establish a school that would cater to the needs of children with an impairment in Africa. (alemfoundation.com, 30 Jul 2014; endpolionow.org, 01 Jul 2014; academy.righttodream.com, 01 Nov 2011)
Impairment
He contracted polio at age two and lost the use of his right leg. He crawled for the next eight years, but eventually learned to walk with the help of a wooden stick. (cyclingnews.com, 02 Sep 2012; forbes.com, 17 Aug 2014; kriticalmass.com, 17 Aug 2014)
Other information
HISTORY MAKER
He was the first African to compete at a para-cycling road world championships, when he appeared at the 2009 edition in Bogogno, Italy. He was also the first para-cyclist from Ghana to qualify for a Paralympic Games, when he qualified to compete at London 2012. (ghanaweb.com, 23 Apr 2012)

FOUNDATION
He founded the Alem Foundation in 2011 with the help of British coach Alexandra Main. The foundation aims to raise awareness of and change negative perceptions about people with impairments in Africa, and offer education opportunities for children with impairments in Ghana. (Athlete, 02 Sep 2012; forbes.com, 17 Aug 2014; alemfoundation.com, 30 Jul 2014; uci.ch, 03 Dec 2015)

SPOKESMAN
He is an ambassador for End Polio Now and speaks for Rotary International. He is an avid spokesman on behalf of African people living with impairments. He speaks about the difficulties of living with polio and promotes a campaign to end the disease worldwide. "I felt I had to prove myself and use fame as an opportunity to raise awareness for people with disabilities and change engrained perceptions that disabled people are 'social parasites', 'beggars' and 'cursed'." (forbes.com, 17 Aug 2014; endpolionow.org, 01 Jul 2014)

HUNGRY FOR EDUCATION
As a young boy he persuaded his father, a farmer, to let him go to a local primary school. He attended the school while working on the farm in order to fund this education. "I knew at a young age, the only way for me to succeed in life was to be educated." He eventually went on to complete junior and senior school. (endpolionow.org, 01 Jul 2014)