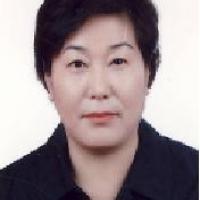 When and where did you begin this sport?
She took up shooting Para sport in 2004.
Why this sport?
She was encouraged to try the sport by some of her friends who were already shooting at a local club.
Club / Team
Gyeongsangnamdo Sports Association for the Disabled: Republic of Korea
Name of coach
Lee Jin-Hwa [club], KOR

Most influential person in career
Her family. (tybs.co.kr, 30 Jul 2012)
Awards and honours
At the 2013 Korean Athletic Awards Ceremony she was presented with the Kirin Medal, the fifth highest Order of Merit for Sport award in the Republic of Korea. (able.kbs.co.kr, 16 Oct 2013)
Impairment
She was involved in a traffic accident while on her way to work in 2000, which resulted in the amputation of her left leg. (tybs.co.kr, 30 Jul 2012)