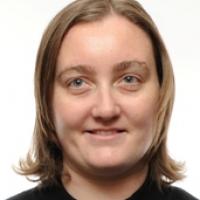 When and where did you begin this sport?
She took up athletics at age 26 in 2010 in Dublin, Ireland.
Why this sport?
She tried different sports but showed potential in field athletics.
Name of coach
Dave Sweeney [national], IRL

Injuries
She was recovering from two broken toes when she took part in the 2012 Paralympic Games in London. She had dropped a shot put on her foot during a training session in preparation for the Games. (irishexaminer.com, 28 Sep 2012)

In 2010, she had a metatarsal injury which took three weeks to heal, and was having treatment on a tendon and cartilage problems with her knee. (Athlete, 20 Dec 2010)
Sporting philosophy / motto
"To be the best that I can be - I can do no more than my best." (Athlete, 20 Dec 2010)
Awards and honours
In 2012 she received the Gaisce gold medal award, also known as the President's Award. (irishexaminer.com, 28 Sep 2012)
Other sports
She has represented Ireland in para-cycling track. (ulstercyclingnews.com, 25 Jan 2007)
Impairment
She lost her vision in an accident in 2005 while studying to be an outdoor sports instructor at Colaiste Dhulaigh in Dublin, Ireland. (independent.ie, 03 Sep 2012; irishexaminer, 28 Sep 2012)
Other information
EDUCATION
In 2010, she graduated from an assistive training technology course through Enable Ireland, in which she devised technologies to help young adults with visual impairments to achieve full independence. The initiative attempts to shift the focus from people's impairments to encouraging them to reach their potential. (irishexaminer.com, 07 Jun 2010)