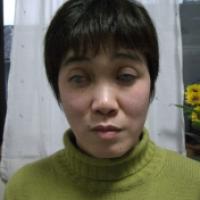 When and where did you begin this sport?
She took up swimming seriously in 2003 in Oita, Japan.
Why this sport?
She played para-table tennis initially but decided to change to swimming because she had liked the sport since she was a child. She was also influenced by a friend who competed in para-swimming.
Club / Team
Osaka Oyogo Kai: Japan
Name of coach
Fumiyo Minemura [national], JPN; Hisako Morichika, JPN