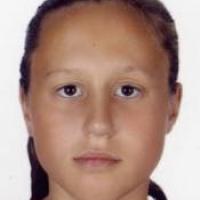 When and where did you begin this sport?
She took up the sport in 2008 in Novodvinsk, Russian Federation.
Why this sport?
Coach Sergey Kodlozerov spoke to her at school and encouraged her to start training.
Club / Team
Pomorie Centre of Sports Preparation: Arkhangelsk, RUS
Name of coach
Irina Gromova [national], RUS; Vyacheslav Alekseyenkov [personal], RUS

She holds the title of Honoured Master of Sport in the Russian Federation. (minsport.gov.ru, 29 May 2020)
Other sports
She has competed in both Para cross-country and Para biathlon internationally. (Athlete, 10 Dec 2017)
Impairment
She was born with an impairment to her left hand. (arh.aif.ru, 19 Mar 2014)
Other information
YOUNG PARALYMPIAN
She was the youngest member of the Russian team in any sport at the 2014 Paralympic Winter Games in Sochi. (itar-tass.com, 29 Jan 2014)