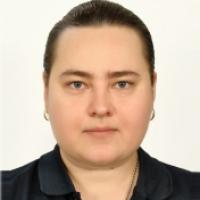 When and where did you begin this sport?
She took up shooting in 2002 in Samara, Russian Federation.
Why this sport?
At school she was doing taekwondo and judo but gave it up during her college studies. Then she began playing table tennis, until her coach suggested she try shooting.
Club / Team
Samara School of Supreme Sports Skill No.5: Russia
Name of coach
Vladimir Volkov, RUS, from 2005
Training Regime
She trains six times a week.
Handedness
Right

For winning bronze at the 2008 Paralympic Games in Beijing, she received the Order for Merits to the Fatherland [second grade] from the president of the Russian Federation. (kremlin.ru, 30 Sep 2009)

She holds the title of Honoured Master of Sport in the Russian Federation. (Athlete, 04 Sep 2016)
Impairment
She was born without a left arm. (novayasamara.ru, 20 Feb 2014)