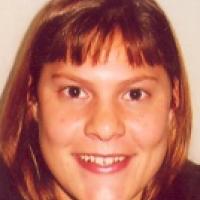 When and where did you begin this sport?
Before she was 10 years she old she had already decided she wanted to compete at the Olympic Games.
Club / Team
Mandeville Dolphins: South Africa
Name of coach
Fabio Cuzzani, Dean Price

Hobbies
Spending time with her dogs. (roadtolondon2012.co.za, 26 Aug 2012)
Injuries
She lost her left leg below the knee in a scooter accident in February 2001 when she was travelling to school following a training session. Despite a week-long effort by doctors to save her damaged limb, the leg had to be amputated. She was left with a titanium plate in her leg, a skin graft and severely damaged nerve endings. She returned to training in May 2001, which she admits was "excruciatingly painful." (British Swimming, 21 Jul 2002)
Sporting philosophy / motto
"The tragedy of life does not lie in not reaching one's goals. The tragedy of life lies in not having goals to reach for. It is not a disgrace not to reach for the stars, but it is a disgrace not to have stars to reach for." (sport.iafrica.com, 17 Mar 2008)
Awards and honours
She was awarded an honorary MBE [Member of the Most Excellent Order of the British Empire] in 2013. (allafrica.com, 01 Oct 2013)

She was named 2010 Laureus World Sportsperson of the Year with a Disability. (ipc-swimming.org, 25 Mar 2010)

She was flag bearer for South Africa at both opening ceremonies for the Olympic and Paralympic Games in Beijing in 2008. (metro.co.uk, 2012)

In 2008 she became the first amputee to qualify for the Olympic Games when she booked her place to Beijing, China, in the 10km open water event. (telegraph.co.uk, 04 May 2008)

She won the David Dixon Award for most outstanding athlete at the 2002 Commonwealth Games in Manchester, England. (paralympic.org, 16 Jun 2008)

She was named the 2002 South African Sportswoman of the Year. (paralympic.org, 16 Jun 2008)
Impairment
She lost her left leg below the knee in a scooter accident on the way to school in 2001. (metro.co.uk, 2012)
Other information
RETIREMENT
The 2012 Paralympic Games was her final international event. She finished her last race [S9 women’s 100 metres freestyle] with a silver medal - only her second Paralympic medal out of 15 that was not gold. She said she intends to resume her studies and think about her future career plans.(supersport.com, 25 Aug 2012; metro.co.uk, 2012)

REMARKABLE RETURN
In her first major competition after the accident, the 2002 Commonwealth Games in Manchester, England, she became the first athlete with a disability to qualify for the final of an able-bodied event when she earned a spot in the 800m freestyle final. She also won gold in the multi-disability 50m and 100m freestyle races, setting new world record times in each. (paralympic.org, 16 Jun 2008, melbourne2006.com.au, 31 Jun 2007)