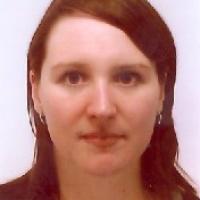 When and where did you begin this sport?
She took up swimming at age 10 at Colchester Phoenix Swimming Club in England.
Why this sport?
She initially preferred to watch the other children from the side of the pool, but was persuaded to give it a go herself by the club founder Maggie Hargraves.

Nicknames
Nat, Jonesy (sportcentric.com, 27 Jan 2010)
Hobbies
Listening to music, watching television, reading, supporting Chelsea FC. (parasport.org.uk, 27 Jan 2010)
Memorable sporting achievement
Winning the gold medal in the 200m individual medley at the 2004 Paralympic Games in Athens. (paralympics.org.uk, 25 Nov 2012)
Most influential person in career
Her parents, her husband. (British Swimming Media Guide, 10 Jul 2011)
Hero / Idol
British tennis player Tim Henman, English footballer David Beckham. (swimming.org, 19 Aug 2010)
Superstitions / Rituals / Beliefs
She takes her teddy bear with her to every competition. The bear was given to her by her grandfather when she was born. (sportcentric.com, 27 Jan 2010)
Sporting philosophy / motto
"Quitters never win and winners never quit." (British Swimming Media Guide, 10 Jul 2011)
Famous relatives
Her husband is British Paralympic cyclist Rik Waddon. (paralympics.org.uk, 25 Nov 2012)
Impairment
Born by an emergency caesarean section, she did not breathe for approximately nine minutes. At age six months her parents noticed she would grab for everything with her right hand, and she was subsequently diagnosed with cerebral palsy. (nationwide.co.uk, 05 Sep 2012)
Other information
RETIREMENT
She announced her retirement from the sport on 16 May 2013. (breakingnews.ie, 16 May 2013)