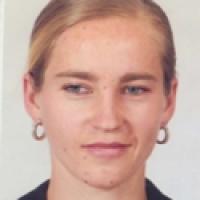 When and where did you begin this sport?
She took up Para athletics in 1997 in Belarus.
Why this sport?
She began training in pentathlon a year after she was diagnosed with her illness. "My favourite discipline is of course the javelin. I practised shot put and discus as supplementary training and also for strength."
Name of coach
Elisabeth Eberl [personal], AUT, from 2016

In 2016 she was presented with the Goldene Ehrennadel [Badge of Honour in Gold] of Grobming, Austria. (aloisguggi.at, 08 Oct 2016)

She was named the 2015 Para Athlete of the Year by the Wiener Athletics Federation in Vienna, Austria. (absv-wien.at, 08 Dec 2015)

In 2012 she was presented with the Golden Rathausmann award by the mayor of Vienna for her achievements at the 2012 Paralympic Games in London. (oepc.at, 22 Nov 2012)

She has been decorated with the Golden Verdienstzeichens der Republik Osterreich [Decoration for Merit in Gold of the Republic of Austria]. (meinbezirk.at, 18 Oct 2016)
Ambitions
To compete at the 2020 Paralympic Games in Tokyo. (bundessportmagazin.at, 16 Sep 2019)
Impairment
Her vision began to deteriorate at age 10 due to an illness. Since age 14 she has had four to five percent vision in both eyes. (kleinezeitung.at, 26 Aug 2016)
Other information
FROM BELARUS TO AUSTRIA
Born in Grodno, Belarus, she moved to Austria in 2003. (oepc.at, 14 Aug 2012)