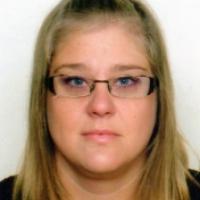 When and where did you begin this sport?
She began swimming in 1998 at age 22 at a local club in Croatia.
Why this sport?
She wanted to improve her general psychological and physical condition.
Club / Team
PK Natator: Zagreb, CRO
Name of coach
Ferdinand Major [club], CRO; Igor Berislavic [national], CRO

She sustained a shoulder injury in 2007. (Athlete, 04 Apr 2011)
Sporting philosophy / motto
"Believe in yourself." (Athlete, 29 Dec 2010)
Awards and honours
She received an award in 2012 from the Croatian Paralympic Committee for her contribution to the development of para-sports in Croatia. (natator.hr, 01 Jan 2016)
Impairment
She had a stroke at in November 1993, which resulted in paraplegia. (in-portal.hr, 18 Oct 2013)
Other information
OCCUPATION
She has worked as the secretary general of the Croatian Disabled Swimming Federation. (hpsoi.hr, 03 Oct 2013)