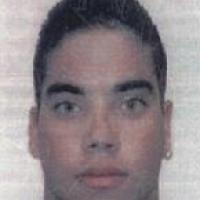 When and where did you begin this sport?
He took up wheelchair racing in 2007.
Why this sport?
He was already playing sledge hockey, wheelchair basketball and tennis when his physiotherapist recommended he try wheelchair racing.
Club / Team
Wheelchair Race Series: Vancouver, BC, CAN
Name of coach
James Hustvedt [club], from 2007; Peter Eriksson [national], SWE
Training Regime
He trains five or six times a week and does both outdoor and indoor sessions.

Hobbies
Ice sledge hockey, skiing, weightlifting. (LinkedIn profile, 2015)
Memorable sporting achievement
Competing at the 2012 Paralympic Games in London. (Twitter profile, 07 Sep 2015)
Sporting philosophy / motto
"If you want to achieve something, you need to fight to accomplish it." (paralympic.ca, 07 Aug 2012)
Awards and honours
He was named the 2015 Most Improved Track Athlete of the Year by the Wheelchair Race Series club in Vancouver, BC, Canada. (wcraceseries.com, 12 Dec 2015)

He was presented with a Queen Elizabeth II Diamond Jubilee medal by Canadian Minister of Sport Bal Gosal. (nathandewitt2012.blogspot.co.uk, 28 Jan 2013)
Impairment
He and his twin brother were born three months premature. After three days he was diagnosed with cerebral palsy. He has experienced at least 19 separate life-threatening shunt revision operations. (nathandewitt2012.blogspot.com, 14 Sep 2015)