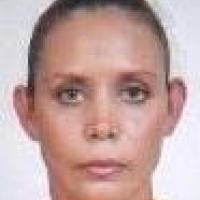 When and where did you begin this sport?
She began swimming in 2005 in Morelia, Mexico.
Why this sport?
She took up the sport as part of her rehabilitation.
Name of coach
Jose Raul Pelaez Ampudia, MEX, from 2013

She was Mexico's flag bearer at the opening and closing ceremonies of the 2015 Parapan American Games in Toronto, ON, Canada. (laaficion.milenio.com, 01 Sep 2015; paralympic.org, 15 Aug 2015)