50 Days to Go to Paralympic Games

Tuesday (10 July) marks 50 days to go until the London 2012 Paralympic Games, and with that comes the annoucement of the Paralympic Torch 24-hour relay route. 10 Jul 2012
Imagen 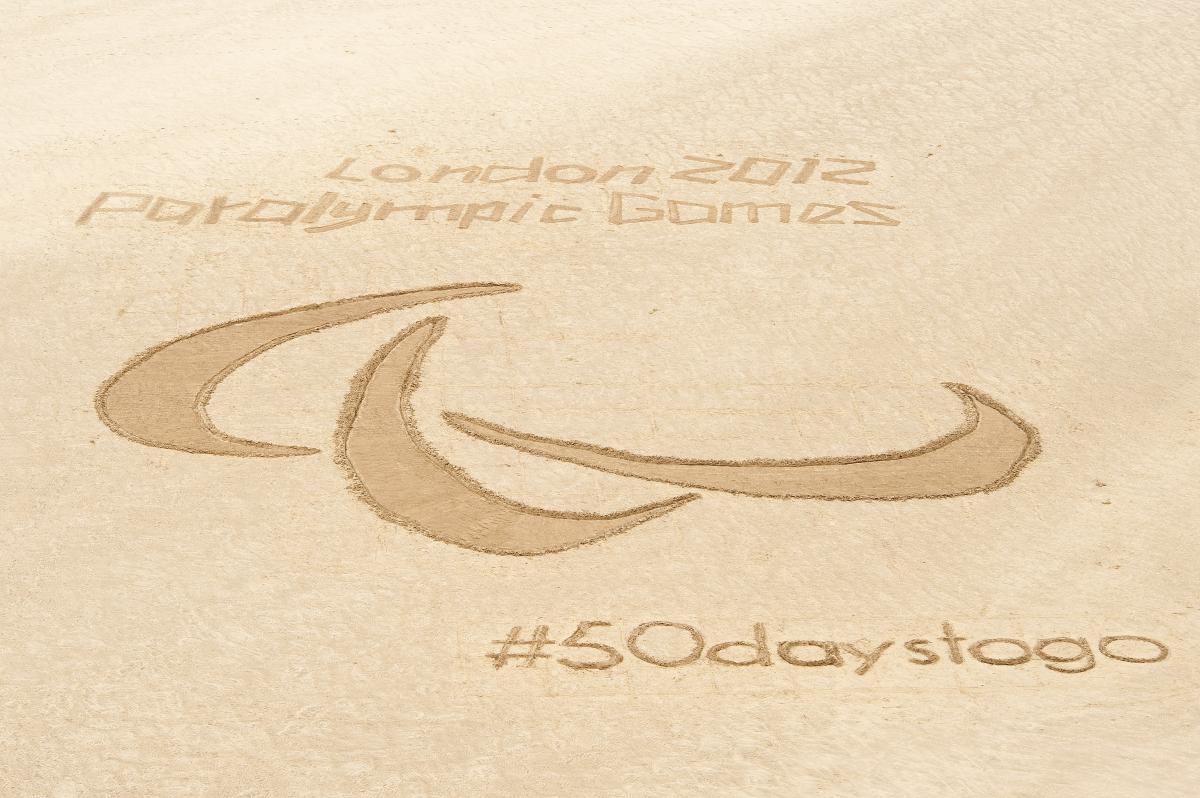 For 50 days to go until the Paralympic Games, LOCOG posted a message in Rhossili Bay

“The announcement of the route for the Paralympic Torch Relay is another step closer to the start of the Paralympic Games. I think it is fantastic that is starts at Stoke Mandeville, the spiritual birthplace of the Movement, and am confident that the British public will turn out in force to support those taking part in the Relay.”

The 24-hour relay - presented by BT, Lloyds TSB and Sainsbury’s - will see the Paralympic Flame carried 87 miles by 580 inspirational Torchbearers, working in teams of five, from Stoke Mandeville to London. It will travel through some of the communities of Buckinghamshire and Hertfordshire, before visiting all six host boroughs and a number of internationally recognizable London landmarks. From the iconic Abbey Road crossing in the northwest of the city to historic Greenwich in the southeast, the Flame will come right through the heart of London.

Sir Philip Craven, International Paralympic Committee (IPC) President, said: “The announcement of the route for the Paralympic Torch Relay is another step closer to the start of the Paralympic Games. I think it is fantastic that is starts at Stoke Mandeville, the spiritual birthplace of the Movement, and am confident that the British public will turn out in force to support those taking part in the Relay.”

Passing down Regent Street from Oxford Circus to Piccadilly Circus, the Flame will go by Westminster Abbey and Downing Street as well as Trafalgar Square, where there will be live entertainment and sport screened throughout the Paralympic Games. The Flame will cross the Thames over some of London’s most famous bridges: Lambeth Bridge, Waterloo Bridge and Tower Bridge. Tower Bridge will have a spectacular Agitos on display – the symbol of the Paralympic Games.

London 2012 organisers are encouraging over 15,000 Local Leaders to help light the way to the Paralympic Games. Local Leaders are encouraged to get people together to make lanterns and attend their local Flame Festivals, Flame Celebrations or hold their own Light a Lantern events. To sign up to be a Local Leader go to: http://www.london2012.com/lightalantern

With the Paralympic Torch Relay a fantastic spectacle ahead of the Games, LOCOG also highlighted 50 events during the Games which are expected to create some of the most lasting Paralympic memories.

On the track there will be the highly anticipated 100m battle between blade runners Oscar Pistorius and Jonnie Peacock and the wheelchair racing rivalries between David Weir, Marcel Hug and Kurt Fearnley. In the pool Ellie Simmonds will take on Mirjam de Koning-Peper as she aims to repeat her success in Beijing 2008, while Natalie du Toit is aiming for a record seven gold medal haul. Players many consider to be the best ever, such as Ryley Batt (AUS) in Wheelchair Rugby, Patrick Anderson (CAN) in Wheelchair Basketball and Esther Vergeer (NED) in Wheelchair Tennis will also all be aiming for golds.

Ticket prices start at just £10 (£5 for young people and seniors) and day pass tickets exclusive to the Paralympic Games present the chance to see up to five sports in the Olympic Park or ExCeL on just one £10 ticket.

Tickets are available for both Ceremonies and across most sports, including good availability for Paralympic Athletics in the Olympic Stadium which has been the biggest selling ticket so far, and Swimming in the Aquatics Centre.

Seb Coe, LOCOG Chair, said: “With just 50 days to go these highlights serve as a great taster for the Paralympic Games. I’m looking forward to crowds coming out to line the streets and cheer on the inspirational teams of Torchbearers, and as the Paralympic Games get set to amaze us all I am delighted that we still have some great tickets to give everyone the chance to be there.”

Boris Johnson, Mayor of London said: “The huge demand for Paralympic tickets has already proved appetite for this unique and thrilling festival of sport is higher than ever. With just 50 days to go, excitement is building as London prepares to stage the greatest Paralympics in history and I can't wait to see the Paralympic Flame arriving in London, heralding the beginning of another two weeks of thrilling action in the Olympic Park."

In addition to the sport, the London 2012 Festival will also continue throughout the Paralympic Games showcasing world leading artists in events across the UK. On Tuesday there will be a presentation of programme highlights for “Unlimited: the Revelation starts here” at the Southbank Centre in London – an unprecedented celebration of arts and culture by deaf and disabled artists.