“After a successful workshop for sport managers in Europe and several other training and development activities across the six Paralympic winter sports, we are happy to be helping the progress of the these Para sports in Asia.”

The next phase of Actualising the Dream – Road to PyeongChang 2018, the partnership between the Agitos Foundation and the PyeongChang 2018 Organising Committee to develop winter Para sports, will get underway in the 2018 Paralympic Winter Games host city on Friday (25 November).

It is the second of its kind and the first time that Actualising the Dream – Road to PyeongChang 2018 will be delivered in Asia.

The training aims to enhance the skills and knowledge of winter Para sports and foster regional cooperation and partnerships. It will be delivered by experts from the Agitos Foundation as well as Dimitrije Lazarovski, Head of IPC Snow Sports, and former Canadian ice hockey coach George Kingston.

Georg Schlachtenberger, Director of the Agitos Foundation, said: “After a successful workshop for sport managers in Europe and several other training and development activities across the six Paralympic winter sports, we are happy to be helping the progress of the these Para sports in Asia.

“Over two days, participants will engage in discussions about their own organisational capacity, the activation and development of winter Para sports, partnerships and fundraising, preparing for competitions and regional co-operation.

“Actualising the Dream – Road to PyeongChang 2018 offers them the unique chance to learn from each other, share their experiences and hopefully go on to make improvements to their own programmes. We look forward to seeing some of their athletes at major competitions in the future, during an exciting time for Para sport in the region.”

As part of the project, PyeongChang 2018 developed 13 programmes under four different streams, all of which aim to raise public awareness of the Games, increase participation in Para sport, grow the profile of the Paralympic Movement and leave a lasting legacy.

In January 2016 more than 20 alpine skiers, snowboarders, their coaches and guides from seven countries participated in education and training workshops in Stara Planina, Serbia. The first workshop for sport managers also took place.

In February, Austria, Finland, and a team of Belgian and Dutch players, alongside sport managers and coaches, travelled to Novi Sad, Serbia, for the 2016 IPC Ice Sledge Hockey World Championships C-Pool and training camp.

The training included seven players from the European women’s team, who practiced alongside the C-Pool teams and participated in education sessions throughout the week.

Several workshops for athlete and coaches ran alongside the action, including how to develop ice sledge hockey and snow sports within countries.

The last of the European sessions ran in Tallinn, Estonia, in March. Twenty-five wheelchair curlers, 10 coaches and 10 athletes were trained by the World Curling Federation on and off the ice.

There will be a final session in PyeongChang in March 2017, where an ice sledge hockey technical officials’ course and training camps in cross-country skiing, biathlon and ice sledge hockey will be organised for participants from all over the world.

The Agitos Foundation is also implementing a sports equipment programme on behalf of PyeongChang 2018, which will see alpine skiing and ice sledge hockey equipment delivered to National Paralympic Committees.

Actualising the Dream – Road to PyeongChang 2018 is the third time the Agitos Foundation has partnered with Games Organising Committees to improve the standard of Para sport around the world. They have also run development activities with the Toronto 2015 Parapan American Games and Rio 2016 Paralympic Games. 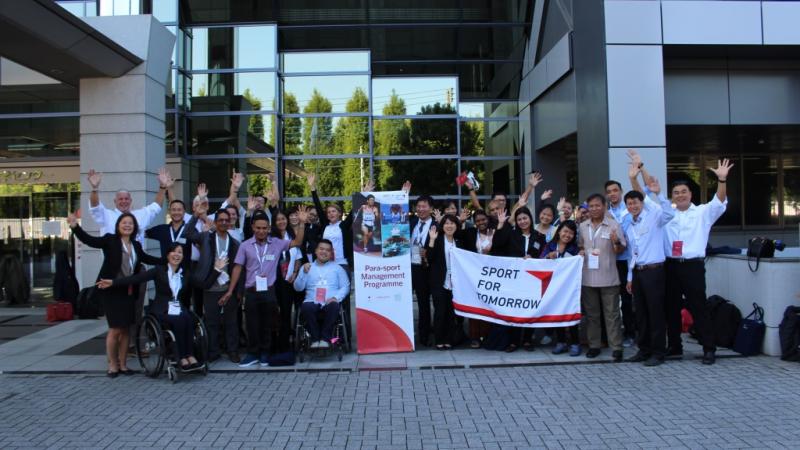