The Japanese sit skier and Austrian standing skier both won their super-G events on Day 2 of Sochi 2014. 09 Mar 2014
Imagen 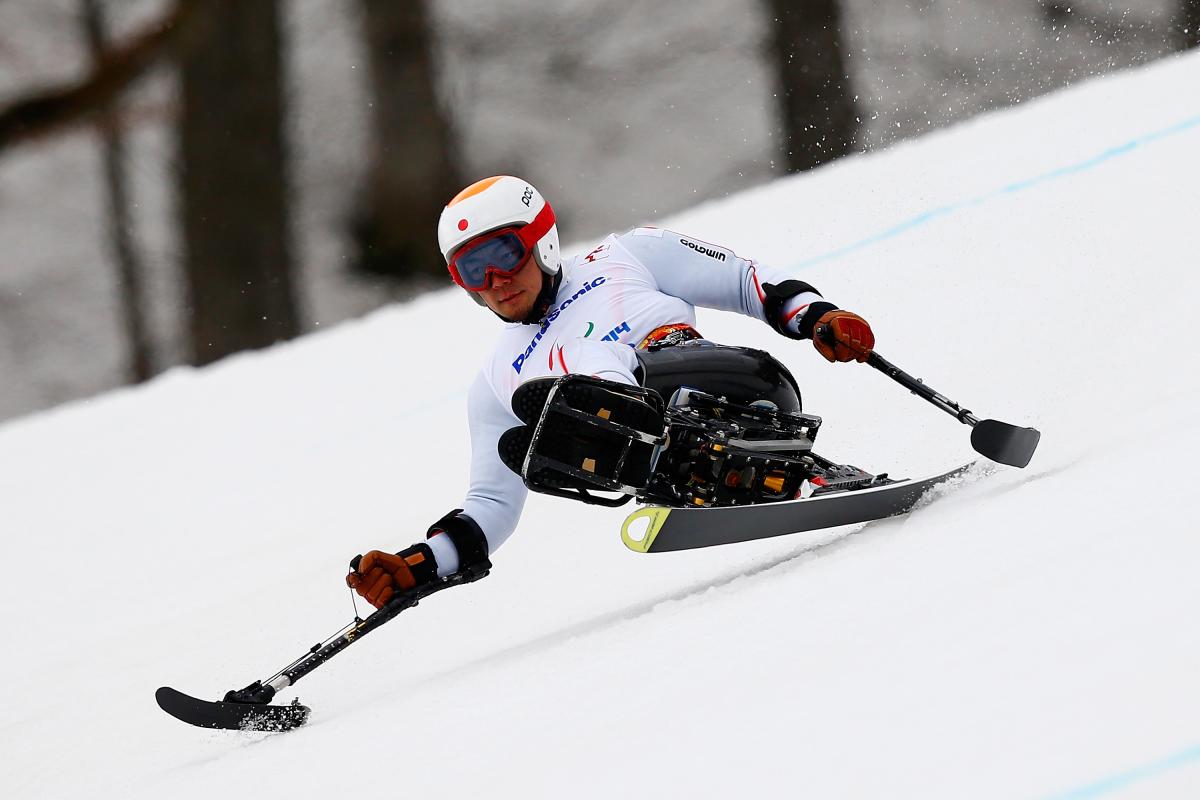 “The run was quite good, for me it was a perfect run. It was a bit bumpy but I know it from yesterday and before. The snow is soft but they salted it and I think with the salt it’s good. For me it’s better that way than icy. I don’t like icy slopes.”

Two of the three men’s skiers going for back-to-back gold medals on Sunday (9 March) successfully completed that task in the Sochi 2014 Winter Paralympics at the Rosa Khutor Alpine Centre.

Coming into the Sochi, Salcher said he thought Lanzinger was a lock for gold in the super-G.

“The downhill race gold medal is a dream and now a second (gold medal) I can’t believe it,” said the 22-year-old a day after winning the downhill in 1:24.35.

“My legs felt good and I’m quite excited. Super-G is also my discipline (but) yeah, it was surprising that (Lanzinger) is in second. It’s good that I’m still in the first position.”

Salcher, who was born with the right side of his body paralysed, is the reigning super-G world champion. He also finished atop the world rankings in the super-G as well as the downhill last season.

“The run was quite good, for me it was a perfect run,” Salcher said of Sunday’s race. “It was a bit bumpy but I know it from yesterday and before. The snow is soft but they salted it and I think with the salt it’s good. For me it’s better that way than icy. I don’t like icy slopes.”

Salcher said he only celebrated with one beer on Saturday (8 March) and no champagne. He has five days off until the giant slalom.

“I think I will sleep a lot and maybe watch the girls,” he said.

In the men’s super-G sitting class Kano won his second straight gold by clocking a blazing 1:19.51 while his teammate Taiki Morii finished with a silver (1:21.60) a day after failing to finish the downhill course. Canada’s Caleb Brousseau finished third in 1:22.05.

While Kano won gold in the super-G in Vancouver, Morii upgraded his bronze in super-G from Vancouver to a silver in Sochi.

"The Japanese team is a good team," Kano said. "Our team spirit is great, our coach is great. We support each other and give advice to each other.

"We are lucky to win medals but we deserve it as well."

Slovakian Jakub Krako, who was guided by Martin Motyka, took gold in the visually impaired class (1:20.58) after winning a super-G silver four years ago in Vancouver.

The 23-year-old parted ways with his guide of 10 years, Juraj Medera, after they won silver in the super-G at the Vancouver 2010 Winter Paralympics and was able to end his medal drought from the last few seasons.

In 2013, he finished 10th in the super-G at the World Championships. He finished fourth in Saturday’s downhill with a time of 1:23.38.

“It was a difficult run, the first part went very well,” Krako said of Sunday’s super-G. “It was one of my best … I thought the last part was the worst but it could be better but I make it my maximum and it counted for gold so I couldn’t be more happy.

“It is a big success today. It was hard work. It is difficult to say what I’m feeling right now but I am but I am proud that I got (the gold).”