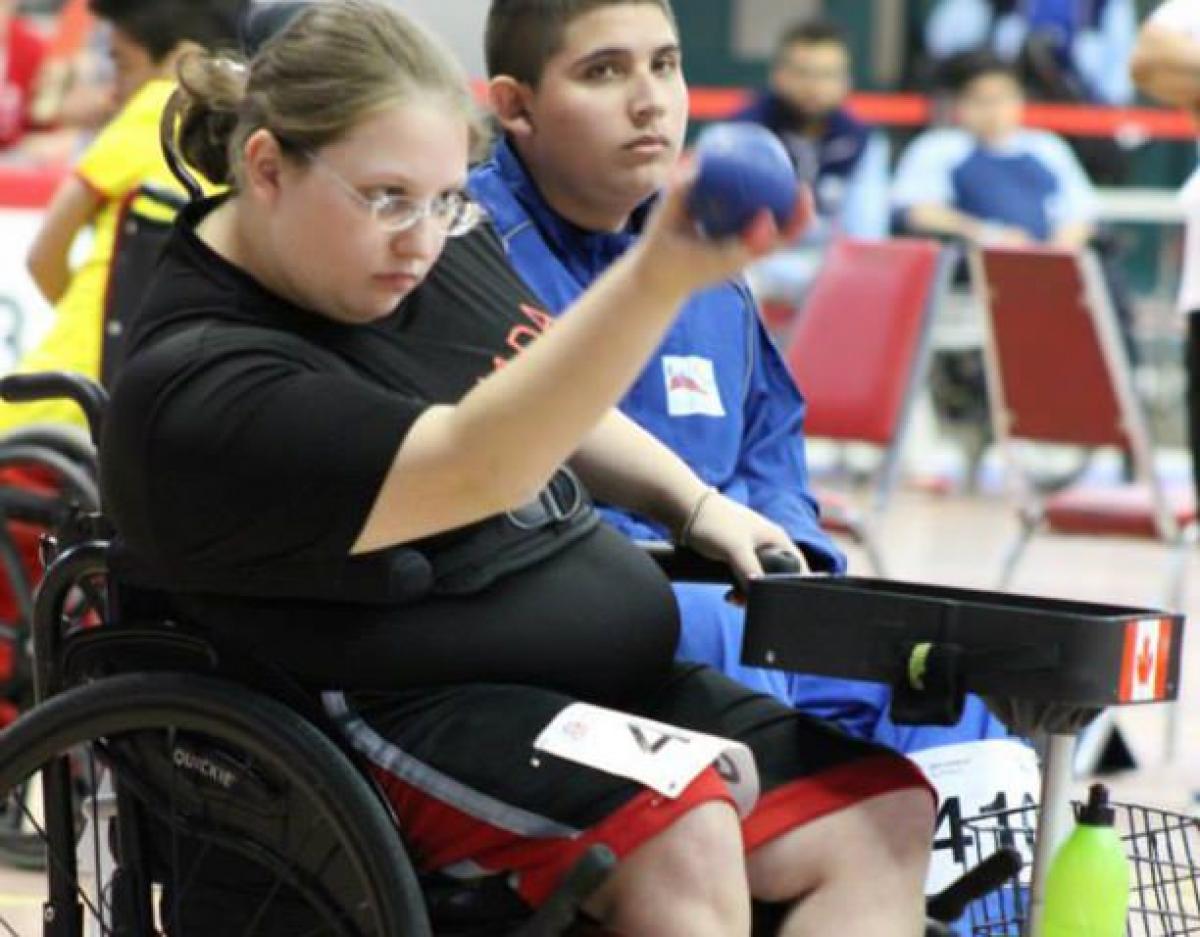 ⒸCanadian Paralympic Committee
By Corey Dempsey | For the IPC

Since she was announced as part of Canada’s Rio 2016 boccia team, 26-year old Alison Levine has focused on working harder than ever before to perform to the best of her abilities at September’s Paralympic Games.

Levine has shown great form in the last few years, especially whilst partnering with Marco Dispaltro in the pairs BC4, winning silver at the Toronto 2015 Parapan American Games and multiple medals at several World Opens.

With Rio 2016 only one month away, Levine shares her excitement for competing at her first Paralympic Games.

“It will be an extremely difficult high caliber competition, I am so looking forward to enjoying the Paralympic experience as a whole,” she said.

“I plan on making memories that will last me a lifetime.”

Competing for Canada at the Paralympic Games is every athlete’s dream and Levine believes “a multitude of factors and individuals has contributed to me becoming a Paralympian.”

The best shot she will have at a medal will come in the pairs BC4, with Dispaltro.

“Marco is my mentor and teammate, and who has shown me everything from the basics of the game to what being an athlete really means,” she said.

“A big edge we have over other teams is that we have three extremely high caliber international level athletes, Dispaltro, Iulian Ciobanu and I, living in the same city, Montreal.

“We are able to constantly push and challenge each other at every practice. I firmly believe that if we did not train together as often as we do, I would not be the athlete I am.”

Levine still remembers when she “was at a wheelchair rugby tournament when Marco Dispaltro came seeking new boccia players. I threw a few balls and fell in love with the sport. Within a few months I was on the national team and have not looked back since.”

Now that Levine is set to make her Paralympic debut, she has a message for young people who want to take up sports.

“Go for it! Whether you want to compete on an international level, or just for recreation, take a chance and try it. It certainly changed my life, it might change yours too,” she said.