The Board of the Australian Paralympic Committee (APC) confirmed on Friday (21 August) the appointment of Lynne Anderson as their new Chief Executive Officer.

APC President Glenn Tasker, who chaired the recruitment panel, said Anderson’s appointment was an exciting and positive step for the Australian Paralympic Movement as the Rio 2016 Games approach.

“Lynne was the standout candidate among an outstanding field of applicants,” Tasker said. “The APC Board is thrilled to have an administrator of Lynne’s calibre in this very important role and we’re confident that she will lead our organisation to success across all areas of the business during her tenure.”

Prior to joining the APC, Anderson served as Managing Director of Repucom International, Australia and New Zealand for eight years. During this time, Repucom grew quickly from a market leader in Australia and New Zealand, to become a global powerhouse in sport and sponsorship research and consulting. Her client list included some of the largest corporate partners, broadcasters and professional sports in the world.

“In addition to her financial management, there is no doubt Lynne’s strengths are strategic planning and commercial development, particularly in the areas of sponsorship, events and fundraising,” Tasker said.

“It is no coincidence that these areas are of the utmost importance for the APC moving forward, especially with our anticipated growth in sponsorship and fundraising on the back of Rio 2016 and our new game-changing partnership with Seven West Media.

“We know that the appetite for Paralympic sport in Australia, among the corporate sector and the wider Australian public, is growing and the Board has given Lynne the task to ensure momentum continues to build.”

Anderson shares this view of Paralympic sport and said: "I'm very excited to be given the opportunity to work with such an inspirational organisation, particularly at this time which I believe offers some significant growth opportunities both at the elite and broader participation levels for Australians with disabilities."

Anderson will commence her new role on Monday 24 August. 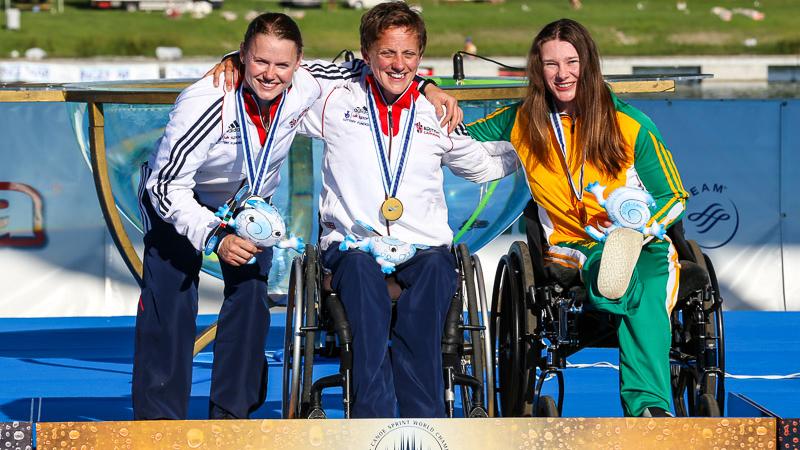