Inaugural national celebration of para-sport will see demonstrations and a commemorative award given to Tokyo 1964 medallists. 05 Dec 2014
Imagen 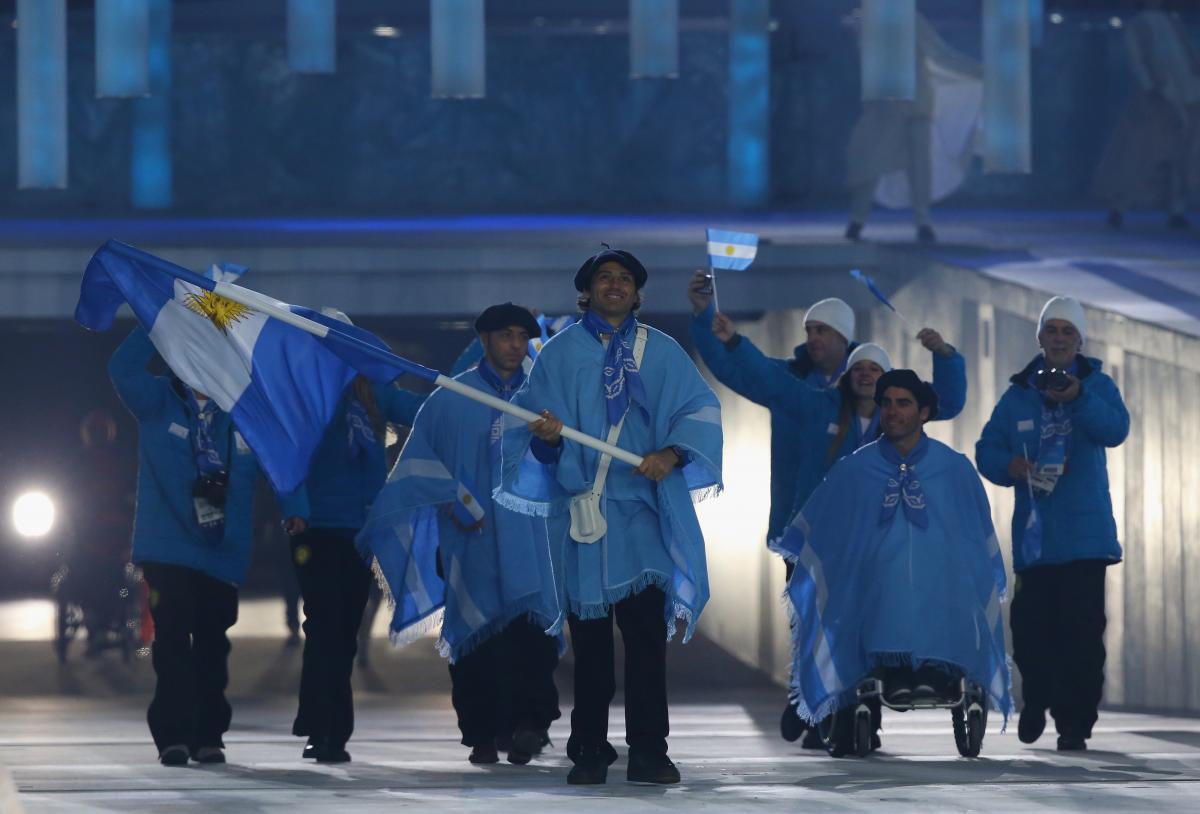 Argentina enter the arena lead by flag bearer Pablo Javier Robledo during the Opening Ceremony of the Sochi 2014 Paralympic Winter Games at Fisht Olympic Stadium on March 7, 2014 in Sochi, Russia

The Argentinian capital Buenos Aires is gearing up to host the very first National Paralympic Day on Sunday (7 December), supported by the Agitos Foundation, the development arm of the International Paralympic Committee.

Seven thousand free tickets are available for the event, which takes place in the Luna Park, and aims to raise awareness of para-sport in Argentina through a festival atmosphere that includes live entertainment for all the family.

The National Paralympic Day will be headlined by the presentation of a commemorative award to Argentinian medallists from the Tokyo 1964 Paralympic Games.

Presented by the Japanese Ambassador to Argentina, the award celebrates 50 years since the Games were held and congratulates the athletes on their achievements.

Visitors to the event will also be able to watch demonstrations by national teams from football 7-a-side, wheelchair basketball and table tennis as well as a showcase of wheelchair tennis by singles World No. 4 player Gustavo Fernandez.

The National Paralympic Committee will then present the EXPA Awards for Paralympic excellence for each sport featured at the Paralympic Games.

The award is designed to recognise athletes, coaches, doctors, volunteers, team leaders and anyone else who encourages and promotes the Paralympic Values of courage, determination, inspiration and equality.

The growing phenomenon of festivals of para-sport has started to spread throughout the world in recent years, with countries such as Ecuador, Iran and Ghana also announcing their own National Paralympic Days.

Argentina’s National Paralympic Day is supported by the Agitos Foundation’s 2014 Grant Support Programme, which has provided 650,000 EUR of funding to development projects around the world.