Argentina were drawn in Group A with the Netherlands and the USA, whilst world No.1 Ukraine were pitted against Brazil, Ireland and Great Britain in Group A. 10 Aug 2016
Imagen 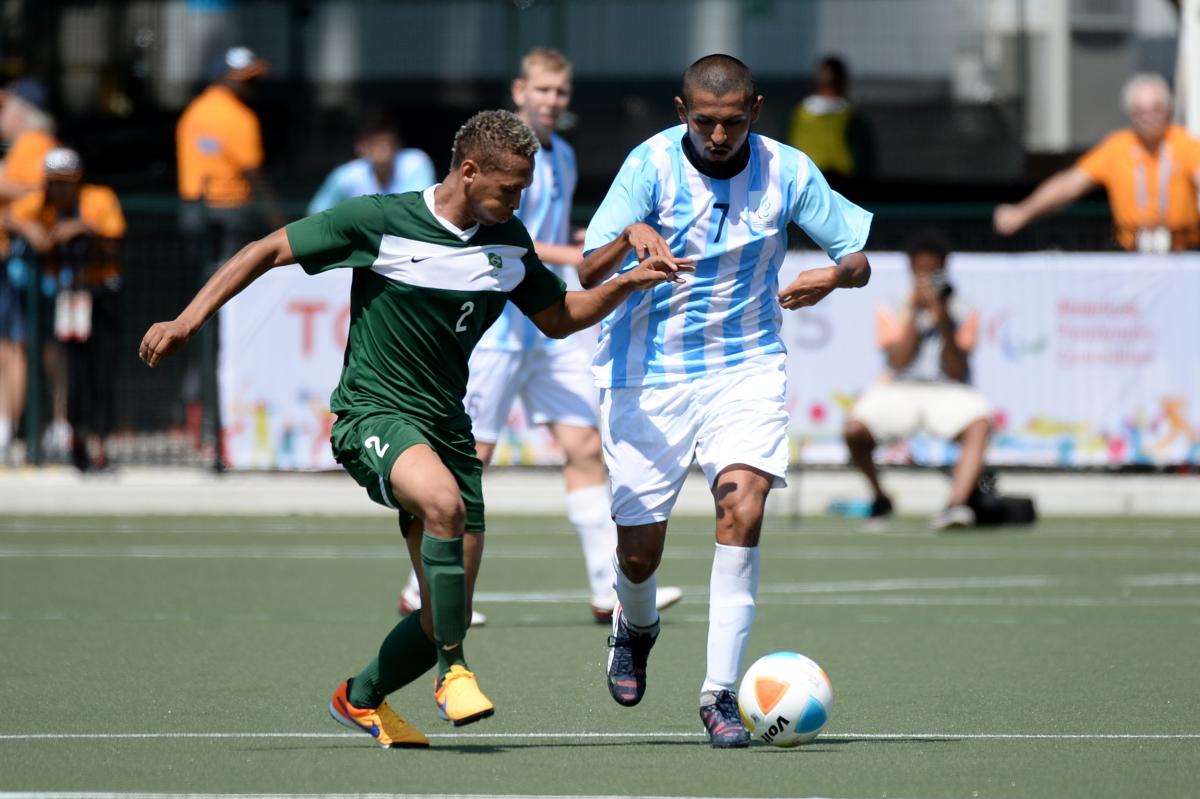 Jonato Santos Machado of Brazil and Pablo Molina Lopez of Argentina during the Gold Medal match at the Toronto 2015 Parapan American Games.

“I want to thank all the players for their effort, including those that did not make the final cut but still gave their best until the final day,” he said.

On 10 September, Argentina will make their debut against the Netherlands in Group B, followed by a match against the USA on 12 September. Group B includes Ukraine, Brazil, Ireland and Great Britain.

The Rio 2016 football 7-a-side competition will take place at the Deodoro Stadium between 8-16 September. The top two teams from each group will advance to the semifinals on 14 September, with the medal matches set for 16 September.