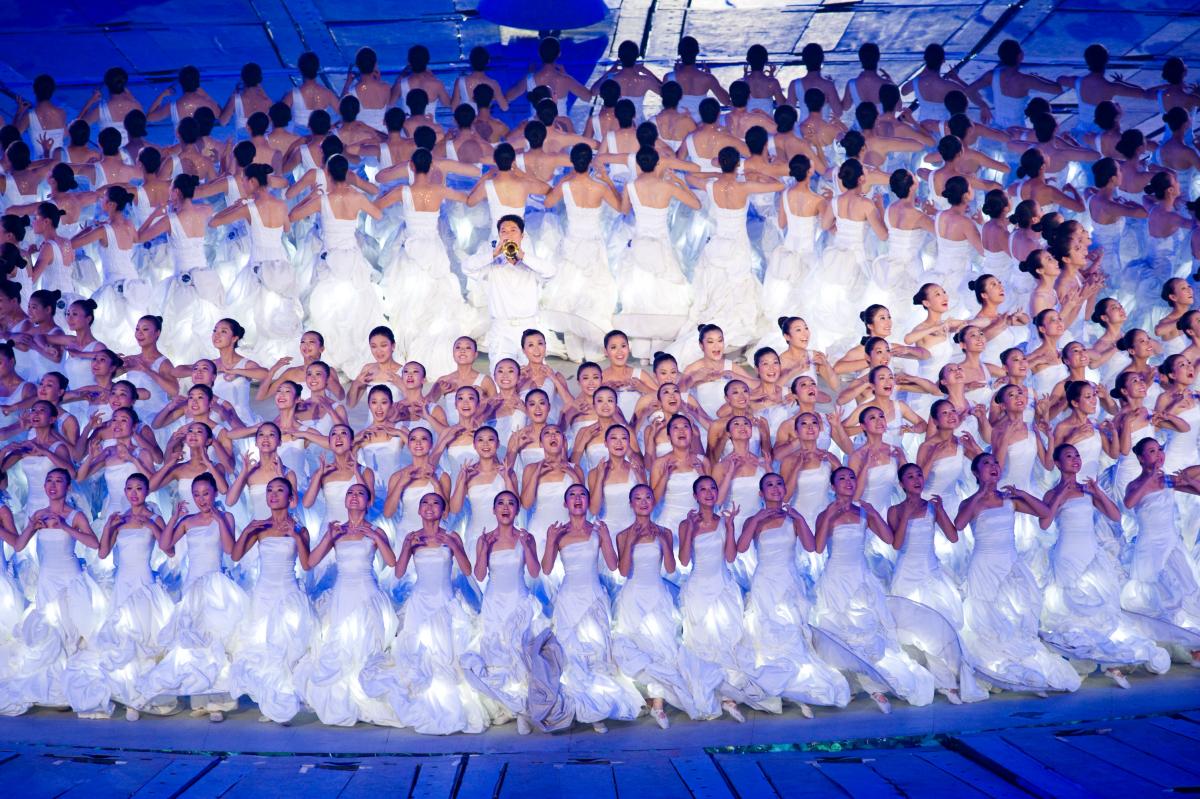 "I am very impressed by the experience they have in working with artists with and without a disability and by the passion they show for their work."

The London Organizing Committee of the Olympic Games and Paralympic Games (LOCOG) announced today the appointments of leading British creatives Jenny Sealey MBE and Bradley Hemmings as Artistic Directors of the Opening Ceremony of the London 2012 Paralympic Games.

These appointments now complete the selection of artistic directors for the London 2012 Ceremonies, and follow the appointment of Danny Boyle as Artistic Director of the London 2012 Olympic Opening Ceremony and Kim Gavin as Artistic Director of both the Olympic and Paralympic Closing Ceremonies. The Artistic Directors are supported by a team of Executive Producers to oversee all four Olympic and Paralympic Opening and Closing Ceremonies including film director Stephen Daldry CBE, Designer Mark Fisher, Grammy and BAFTA award nominated television director Hamish Hamilton and International Ceremonies producer Catherine Ugwu.

Jenny Sealey is Artistic Director of Graeae, the UK’s flagship disabled-led theatre company. Jenny directs all productions, including the recent, critically acclaimed Reasons to be Cheerful, occasionally designing productions, too, such as Blasted by Sarah Kane. Spanning 20 years' working with Deaf and disabled artists, Jenny's entire career has been dedicated to theatre and performance that challenges what seems possible. Passionate in her pursuit of a new dramatic language, Jenny champions and pioneers the 'aesthetics of access' (integrating sign language and audio description, diverse physicality and differing voices) to create compelling experiences that are exciting for all the senses and unforgettable for the widest audiences across the globe. In 2009 Jenny was awarded an MBE for services to disability arts.

Bradley Hemmings is the Artistic Director of Greenwich+Docklands Festivals (GDIF), an organisation with a national and international reputation for creating extraordinary outdoor arts events. Working with a wide range of artists, he has broken new ground in outdoor performance, creating and commissioning new outdoor work reflecting contemporary Britain. He has been at the forefront of the development of a new and emerging body of outdoor work by Deaf and disabled artists, including Graeae’s ‘The Iron Man’ based on the story by Ted Hughes and directed by Jenny Sealey, with whom he has a long-term creative partnership. Bradley also curates and produces Liberty, London’s annual disability arts festival for the Mayor of London.

Sebastian Coe, LOCOG Chair, said: ‘Bradley and Jenny are the perfect team to lead the artistic direction of the Opening Ceremony of the London 2012 Paralympic Games. Both are directors with great experience of creating brilliant live shows and events together. They are respected in the arts world for bringing disabled and non-disabled performers together to create spectacular shows. With just over one year to go, I’m confident that the London 2012 ceremonies are in good hands.’

Stephen Daldry, London 2012 Ceremonies Executive Producer, said: ‘Jenny and Bradley were the obvious choice for myself and the other Executive Producers to lead what promises to be a fantastic opening ceremony for the Paralympic Games in London. Their experience primarily as extraordinary artists who have lead innovative work with disabled and non-disabled artists means we can look forward to ceremony of spectacle and emotion’.

Jenny Sealey, speaking at GDIF before today’s London premiere of The Iron Man, which she has directed, said: ‘This is a once in a lifetime opportunity to work collaboratively with leading Deaf, disabled and non-disabled artists to create a unique, unforgettable spectacle to be enjoyed by millions across the globe.’

Bradley Hemmings added: ‘I feel both excited and privileged to have the chance to work with artists and Paralympians on a Ceremony, which, perhaps uniquely, has the power to transform perceptions.’

‘I met Jenny and Bradley in person during this week's Project Review and I am very impressed by the experience they have in working with artists with and without a disability and by the passion they show for their work. I am confident that we will see a great Opening Ceremony next year.’

Hugh Robertson, Minister for Sport and the Olympics, said:

‘These appointments contribute further to the amazing calibre of creative talent behind the London 2012 ceremonies. With such vast international experience between them I’m sure that Jenny and Bradley will deliver an amazing celebration for the opening of the Paralympic Games.’

Boris Johnson, the Mayor of London, said: 'I am thrilled and proud that these two London-based producers are to helm the Paralympic Games Opening Ceremony. We want disabled artists to be right at the heart of the cultural celebrations which will run alongside the sporting action in 2012 and having worked with Bradley and Jenny on events like Liberty I know they will produce an event that is as surprising as it is category defying.'

Moira Sinclair, London Executive Director, Arts Council England, said: ‘We’ve worked with and invested in Jenny and Bradley for many years and I can’t think of a better team to lead the artistic direction of the Paralympic Opening Ceremony. Their work, both independently and collectively, is artistically thrilling and engaging, pushing boundaries and celebrating diverse practice and influences. In 2012 they will now reach the biggest audience imaginable on the global stage. We wish them every success.’

Councillor Chris Roberts, Leader of Greenwich Council, said: ‘Bradley, together with his colleagues at Greenwich and Docklands Festival, have played a key role over many years in providing spectacular events in Greenwich's open spaces. The annual Festival, which is run on behalf of Greenwich Council, has grown as an important part of the borough's cultural heritage, with the arts playing an increasing role in the regeneration of the borough. As well as bringing high-quality performers to the streets of London, the Festival has supported the local council in its goal of involving the local community - including our schools - in staging memorable events marking important milestones in the borough's history, and celebrating Greenwich's unique heritage. I have no doubt that Bradley will help create a Paralympic ceremony of which London can be proud.’