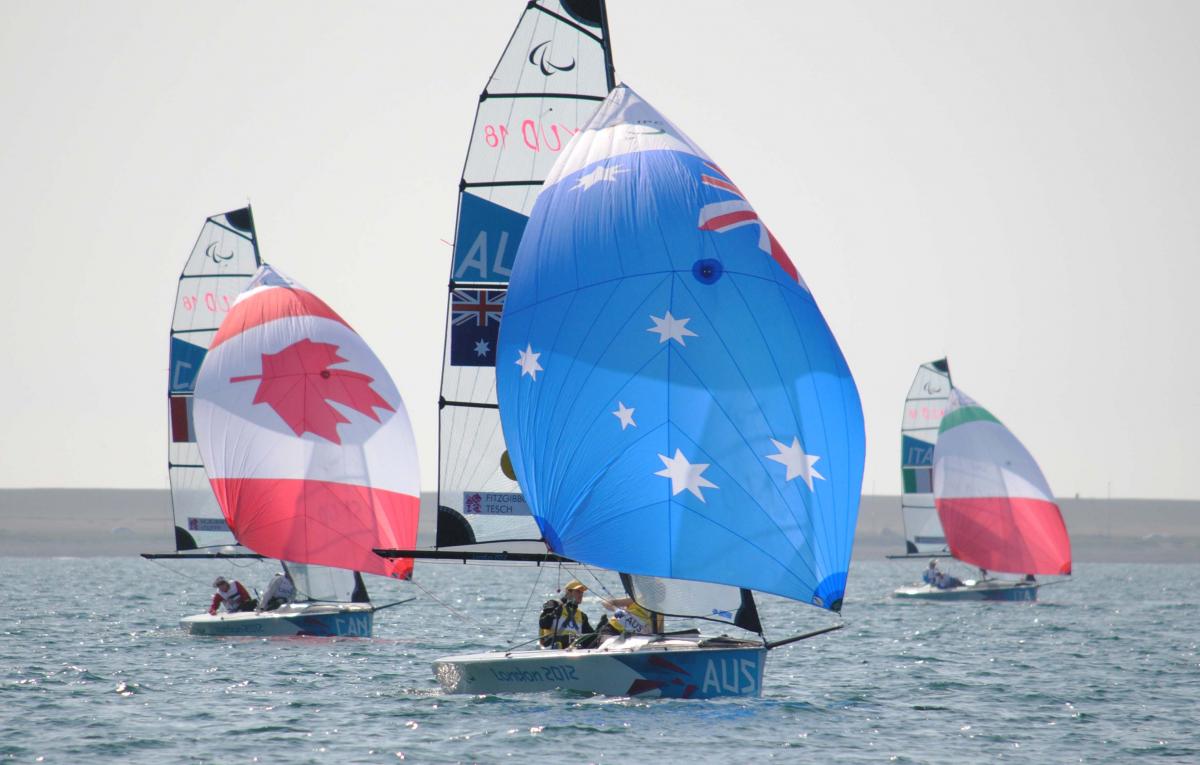 “The lead is fantastic, but it could easily be eroded. I have got to keep it in perspective after yesterday's disappointment."

With lights winds forcing a postponement of the morning session, Lucas was able to make the most of the 7-8 knot breeze in the afternoon to pass the overnight leader, Heiko Kroger from Germany. It was a reversal of roles, as Lucas bounced back from finishing eleventh in Sunday’s (2 September) second race while her German rival had his worst day of the competition on the water.

“The lead is fantastic, but it could easily be eroded," said Lucas after racing. "I have got to keep it in perspective after yesterday's disappointment. I was not rattled by yesterday and I had really good speed today.”

Thierry Schmitter of the Netherlands sits in third position, with Frenchman Damien Seguin a point behind him in fourth.

Fitzgibbon and Tesch lead the SKUD18 fleet with a score of eight, but only two points separates them and the USA team in third. The British crew of Alexandra Rickham and Niki Birrell is in second, and the medals appear to be sewn up with the rest of the field struggling to match the pace set by the leaders.

Even a false start in the fifth race of the day could not halt the Australians who still managed to finish second behind Great Britain, as the intense rivalry developed over the last two years between the two boats continued into the Paralympics. Birrell was delighted with the speed of the British boat, although crew mate Rickham acknowledged that nothing has been decided yet.

“We are obviously happy with the results,” Rickham said. “We are aiming for a top three every day, but we are still battling it out with the US team and the Aussies.”

The USA finished second in the final race of the day to extend their lead over Canada in fourth place to eight points, but Jen French was also cautious about their medal prospects.

“We have our eye on our competition,” she stated. “We are not going to drastically change anything at this stage. The Canadians are still in the race and that makes it entertaining.”