Australia and USA, along with the Netherlands and Germany, will be the final four teams in the women's wheelchair basketball competition. 05 Sep 2012
Imagen 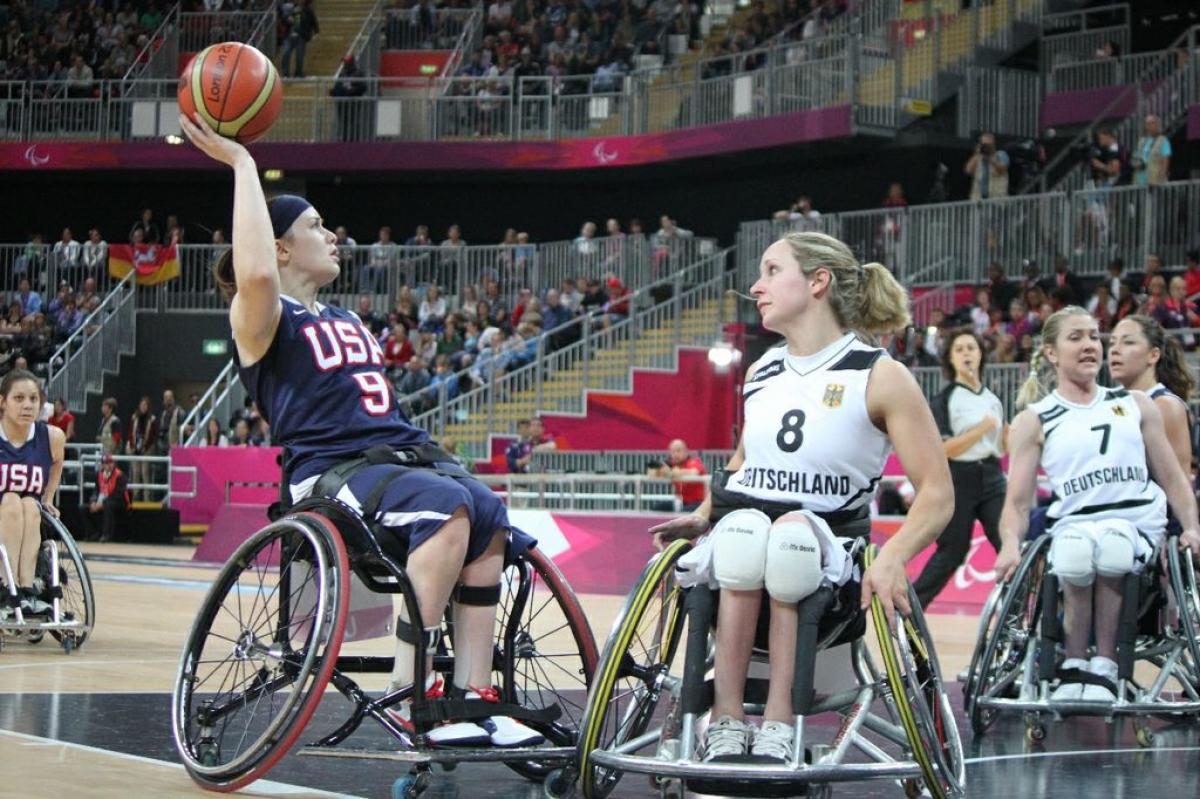 In the first of the quarter-finals, Australia proved too strong for Mexico, winning 62-38.

The wheelchair basketball elimination round begain North Greenwich Arena on Tuesday with the classification playoff for ninth and 10th places between Brazil and France. The 2016 Paralympic Games hosts ended their campaign in style with highest individual score of the tournament so far.

The Brazillian captain Lia Soares Martins scored 45 points for her team as they led from start to finish, securing ninth place by a final score of 59 – 35.

In the first of the quarter-finals, Australia proved too strong for Mexico, winning 62-38. The Australians used a quick eight point run to move away from Mexico and became uncatchable from that point on.

Australia further pushed their lead to 44 – 20 by halftime, coasting to victory in the final half of the match.

The Netherlands moved one step closer to their first basketball medal since the Atlanta 1996 Paralympic Games with a win over China, 59 – 37.

The Dutch centre was an imposing presence throughout the game and was key in a decisive run 14-4 run that saw them convincingly pull away from the Chinese.

Germany had a ferocious tussle with Great Britain in their quarter-final match, with a scrappy game resulting in a 55-44 German win.

USA moved on to the semi-finals with a 67-55 win over Canada, as Desiree Miller notched a team-high 26 points for the Americans.