After winning bronze in the mixed pairs at London 2012, Belgium are targeting medals at this month’s World Championships. 10 Sep 2014
Imagen 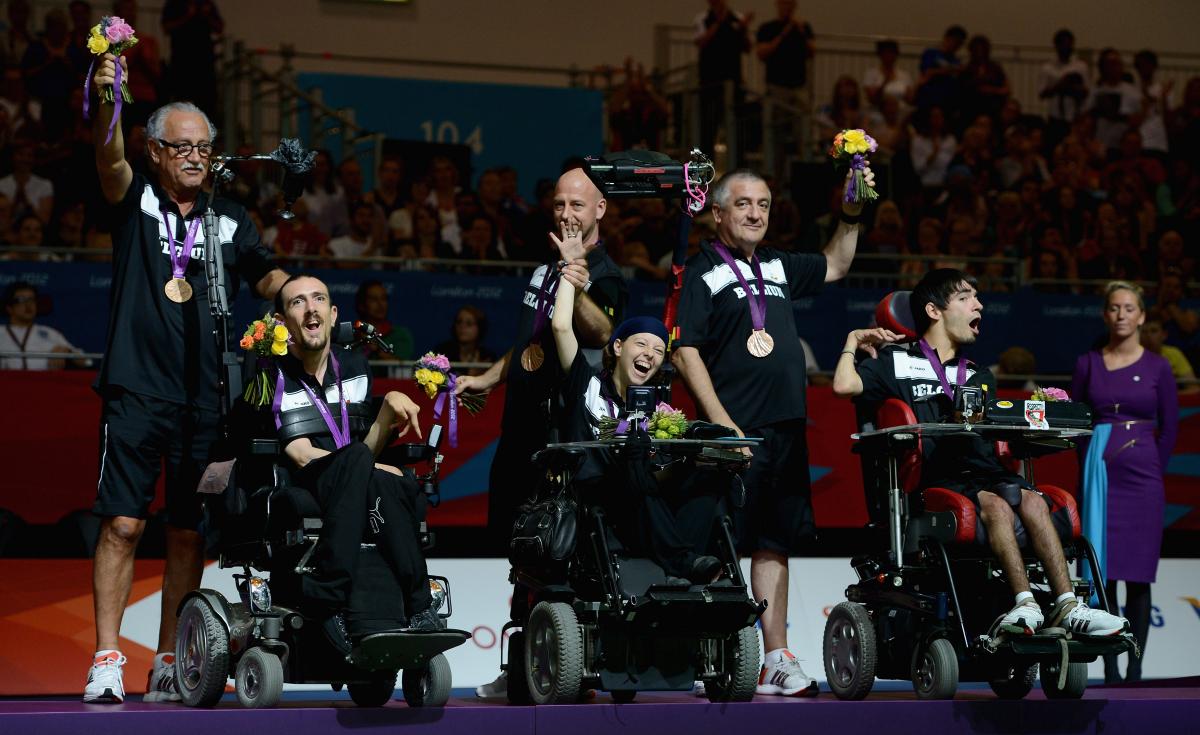 Belgium is sending a team of three players to the 2014 BISFED Boccia World Championships which take place between 19 and 28 September.

The team consists of Kirsten De Laender, Pieter Cilissen and Kenneth Verwimp and heads to the Chinese capital with medal aspirations.

“We have trained hard and are ready for this tournament,” said Kirsten De Laender. “In pairs our goal is clearly the podium. Individually, we also hope to win a medal.”

At London 2012, the Belgian team of Cilissen, De Laender and Pieter Verlinden won bronze in the mixed pairs BC3.