There are four gold medals to play for in boccia at ExCeL in the mixed individual finals on the last day of boccia competition. 08 Sep 2012
Imagen 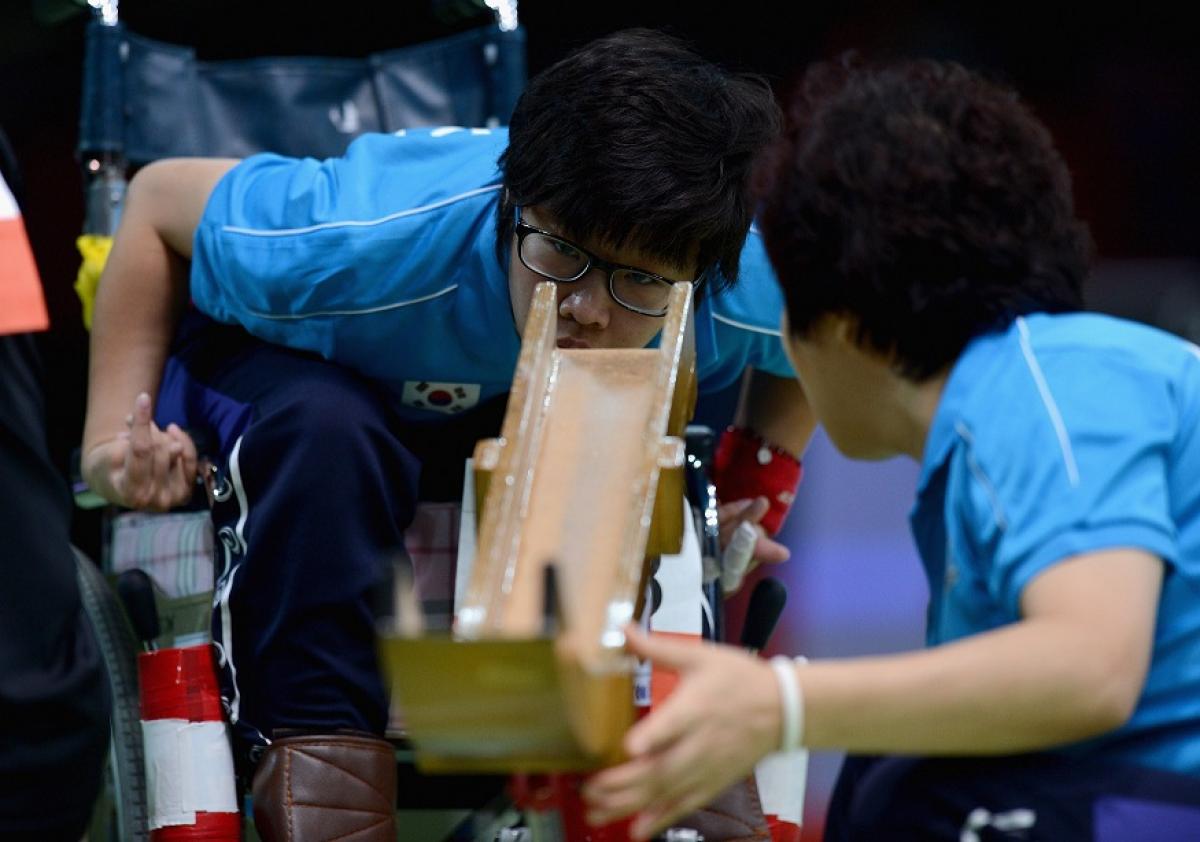 Brazil face China in both the BC 2 and BC4 finals, with Dirceu Pinto going for his second gold of the Games after already winning the BC4 mixed pairs event.

China, Korea and Brazil could all win four medals on Saturday (8 September) as the final matches take place in the boccia competition.

Korea could achieve a clean sweep in the BC3 category, with Ye-Jin Choi vying with world number one Ho-Won Jeong for gold and teammate Han-Soo Kim facing Jose Macedo of Portugal. Pulling it off would be quite an achievement in a very competitive category, and for Choi the incentive is not just beating the best player in the world.

“In Korea we get one million KRW (Korean won) per year for the rest of our lives if we win gold - this is one of the factors to winning tomorrow. I won't have to rely financially on my Mum anymore.

“I will show that women can do it by winning gold tomorrow - we (women) have the power.”

Her opponent, Jeong, expects a fight but feels his experience will be the different saying: “I know my opponents' strengths and weaknesses but it will be a very close match. I have got the hunger for the gold but no matter what happens, the winner will congratulate the loser.”

Brazil face China in both the BC 2 and BC4 finals, with Dirceu Pinto going for his second gold of the Games after already winning the BC4 mixed pairs event. He plays Yuansen Zheng, who is hoping victory can provide the motivation for other people in his country to take up the sport.

“I want to raise the profile of the sport in China and hopefully more people will want to play it,” Zheng explained.

In the BC2 category, Maciel Sousa Santos is the other Brazilian hoping to become Paralympic champion against Zhiqiang Yan. Sousa Santos comes off the back of clinical 7-1 semi-final win against another Chinese player, Kai Zhong, and he believes his nation is deservedly receiving the plaudits for the way they have performed in the tournament.

“Brazil's been very strong in this Paralympic Games in boccia,” he said. “I think our technique has been at a very high level and it's something the whole world is recognising at the moment.”

The first final of the afternoon should have the arena rocking, with Great Britain’s David Smith up against Pattaya Tadtong of Thailand. Smith won the bronze in the team event on Tuesday (4 September) and is now guaranteed at least silver.

“I'll come out all guns blazing,” he said. “I'm happy to be in a medal position but for me, it's about playing well and being here.

“I'll give anybody in the final hell. If I give my all and someone better comes along on the day, you've just got to clap your hands.” 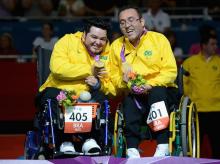