Brazil, Argentina, Venezuela and Mexico are the top four in the medals table thus far at the 2013 Youth Parapan American Games. 19 Oct 2013
Imagen 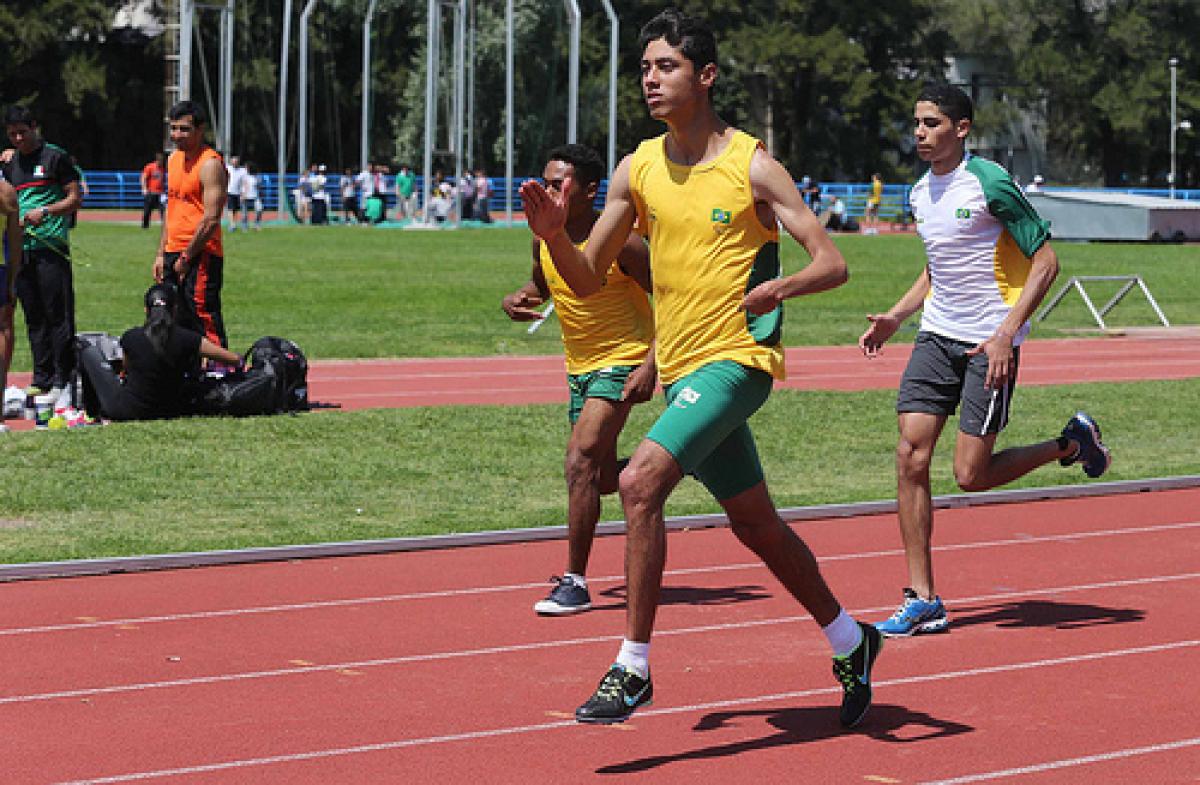 Brazil are off to a hot start at the 2013 Youth Parapan American Games, especially in athletics, where they are dominating the sprint events.

Several events from the Games are being streamed live online.

Brazil lead the medals table, followed closely by Argentina, after the second day of action at the 2013 Youth Parapan American Games in Buenos Aires, Argentina.

The leading nation have 16 gold medals to their name and 26 overall medals, while Argentina has 12 golds and 31 total medals.

Three of Brazil’s gold have come in judo from Luiza Guterres Oliano, Abner Nascimento de Oliveira and Kennedy Gustavo Nogueira Silva, with all of them winning their respective weight categories.

All of Brazil’s other golds have come in athletics, where they have dominated the visually impaired races. Thalita Vitoria Simplicio da Silva’s winning performances in the women’s 200m T11 and long jump T11 have both stolen the spotlight.

Argentina has had plenty of success across the 100m sprints, with Marcelo Eduardo Aguilar winning the men’s T12/13 event and Hernan Emanuel Urra winning the T35 event, in addition to taking silver in the shot put F35.

Venezuela and Mexico currently sit in third and fourth place overall with five gold medals each, while the Dominican Republic have three, Colombia have two and Ecuador have one.

In addition, several events from the Games are being streamed live online.

More than 600 athletes from 17 countries are taking part in the Games, which are for athletes with an impairment between 14 and 21 years old.