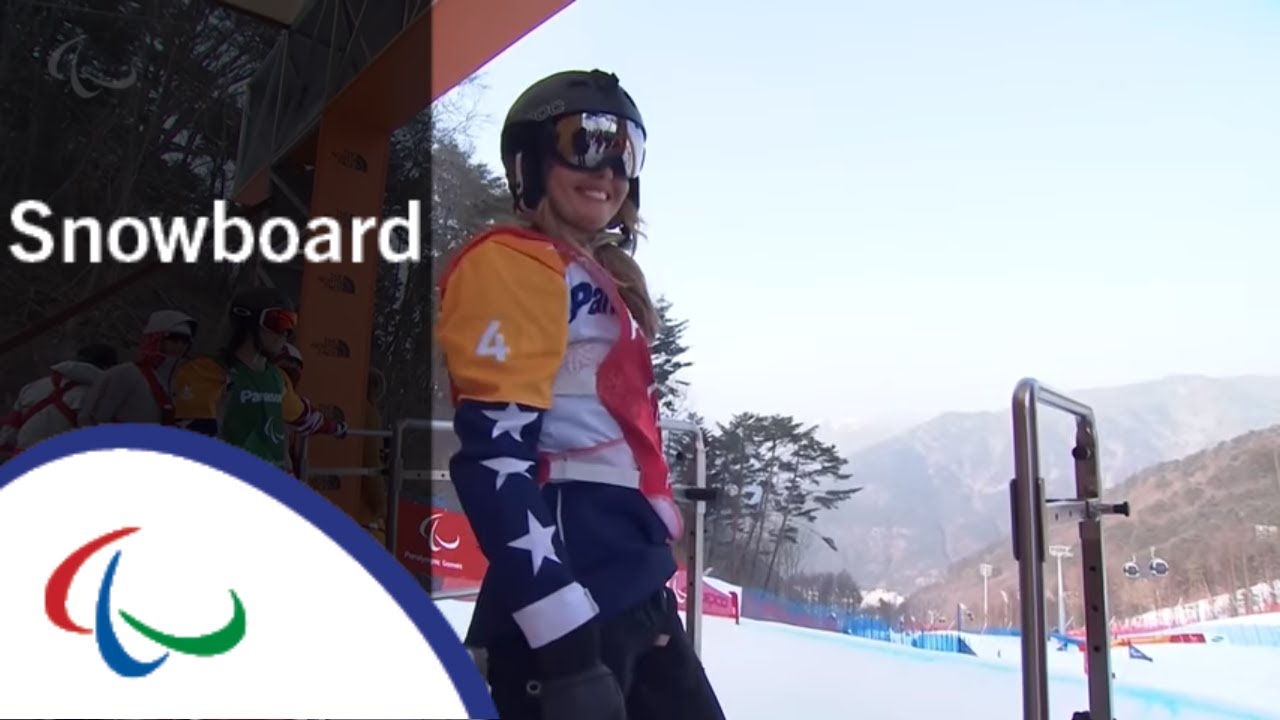 “I love to look back on it and think about how far I’ve come. I’ve given birth and then slowly developed my professional and snowboarding career. Last year it all came together. I’m so honoured to be given opportunities to showcase not only what Paralympians can do on snowboards but also showing that beauty comes in all forms."

Brenna Huckaby is a woman on a mission. Not only is the two-time Paralympic champion bent on pushing the boundaries of Para snowboarding to the extreme, she is also dedicated to transforming global perceptions.

“I want people to know that they have a place in this world regardless of what they’ve been through,” says the SB-LL1 snowboarder who won double gold – snowboard cross and banked slalom – at both the PyeongChang 2018 Paralympic Winter Games and the 2017 World Championships.

From sports star to cover star

It is quite a statement but judging by what the 23-year-old, who had her right leg amputated in 2010 due to bone cancer, has achieved in the past 12 months such ambitions are comfortably within her reach.

Not only did Huckaby become one of the standout stars in PyeongChang in 2018 but she also rose to even wider acclaim by becoming the first amputee to grace the front cover of iconic magazine, Sports Illustrated.

“Being featured in Sports Illustrated magazine was far more powerful than I envisioned,” she says. “I shot with them so I could be the example I didn’t have while going through amputation.”

The impact the pictures and accompanying text had is inspirational. And Huckaby has kept up the momentum through other modelling assignments and her own extensive social media and online presence – her Instagram posts often garner 10,000-plus responses.

“Once Sports Illustrated came out I noticed a ton of other brands using women with disabilities in their advertising and I couldn’t be more proud,” she beams. “We are changing the world.”

‘Beauty in all forms’

It all caps a period of Huckaby’s life in which just about everything has changed, a fact no one appreciates more than the woman herself who is raising a daughter – Lilah, born in 2016 – alongside her multiple careers.

“I love to look back on it and think about how far I’ve come,” she says. “I’ve given birth and then slowly developed my professional and snowboarding career. Last year it all came together. I’m so honoured to be given opportunities to showcase not only what Paralympians can do on snowboards but also showing that beauty comes in all forms.

“It’s insane to me how, eight years ago, I was undergoing chemotherapy and amputation. It feels like it was another lifetime.”

Despite everything that has happened, five minutes in Huckaby’s presence confirms that she has no intention of resting on her laurels. The Salt Lake City resident may be a three-time world champion (she also won snowboard cross gold in 2015) as she goes into the 2019 World Para Snowboard Championships in Pyha, Finland, in March but motivation to get up every day and train is not a problem.

“I am not the best snowboarder I can be,” she says. “I don’t care about the medals as much as I care about pushing the sport beyond where we think it can go. If I want more people to join adaptive snowboarding we need to keep building the sport at every level.”

For Huckaby herself this upward curve is aimed at one thing only.

“There’s a name for it, it’s called flow state,” she explains. “It’s happened once or twice for me and it’s like everything is moving slowly and you’re in the right place at the right time. It’s almost unreal how easy it feels when it’s achieved. Unfortunately it’s hard to tap into, but I’m working every day to recreate it.”

Huckaby returns to action for the first time since PyeongChang 2018 at the World Cup in Big White, Canada, which kicks off on 4 February, and you can follow the action on World Para Snowboard's website.