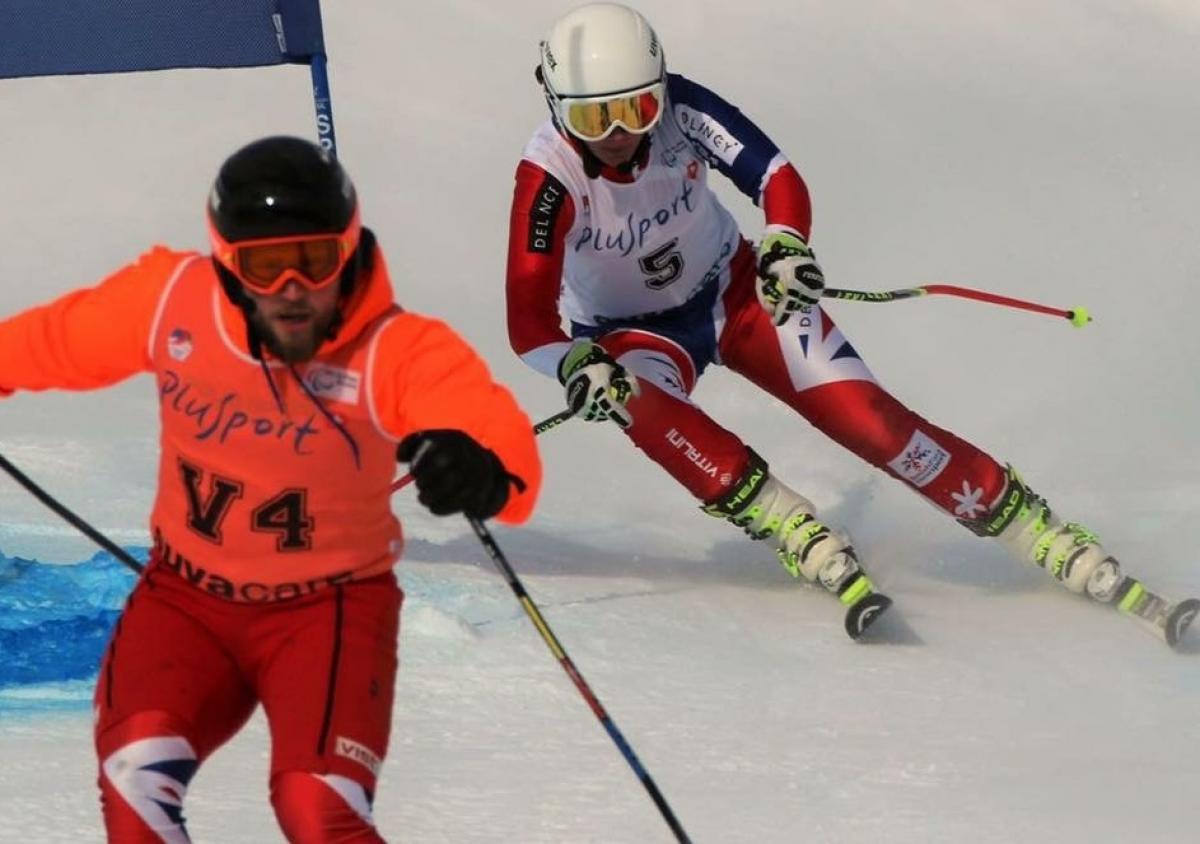 Millie Knight (R) and guide Brett Wild are going for gold at PyeongChang 2018.

Aiming to better ParalympicsGB’s historic achievements in Sochi, the skiers have shown their potential this cycle with a number of World Championship medal-winning performances, while the snowboarders have made their mark to become the first British athletes to represent Great Britain in the sport at the Paralympic Games.

Following her Paralympic debut four years ago Knight has gone from strength to strength and firmly established herself as a top contender on the international stage and, in January 2017, she and Wild produced an historic performance at the World Championships in Tarvisio, Italy, to claim downhill gold.

It’s also been a stellar rise for Fitzpatrick and Kehoe who became the first Brits to win the overall VI World Cup title in 2016 and finished 2017 off in style with a quartet of medals at the first World Cup of the season in December.

Elsewhere, in the men’s standing events, skier James Whitley returns after making his Paralympic debut at Sochi 2014 and recording a seventh-placed slalom finish at last year’s World Championships. Chris Lloyd is set for his Games debut after gaining valuable experience with the Paralympic Inspiration Programme at Sochi 2014.

For the first time in its history Great Britain will have representation in snowboard at the Paralympic Games after the sport made its debut at Sochi 2014. There are two medal events: snowboard-cross and banked slalom.

Knight said: “I’m so happy to be selected to compete at my second Winter Paralympic Games for Great Britain. Four years ago in Sochi was a really fantastic experience and I learned a lot, but competing in Pyeongchang has always been my main goal.

“Since Sochi I’ve been working really hard and have built a really strong partnership with my guide, Brett Wild. We know the competition will be tough in South Korea, but we’re excited for the games and look forward to the challenge ahead.”

Pick said: “It’s awesome that my sport is getting the profile at the Paralympic Winter Games and I feel honoured to be among the first British athletes competing in snowboard. It’s been a good season so far, we’re getting faster and challenging for medals and I can’t wait to get out to PyeongChang and race the best in the world.”

“It is very exciting to start the year by announcing the first athletes who will represent ParalympicsGB at PyeongChang 2018. Sochi 2014 was an historic Games for us, but the incredible performances of these athletes throughout this cycle shows that there is so much to look forward to when the Games begin in March, including the addition of snowboard as a new sport.”

The team announcement is the first for ParalympicsGB. The full line-up of athletes will be complete by Team Launch, which will be celebrated on 15 February.