Together with the country’s Olympic medallists, all of Great Britain’s London 2012 Paralympic medallists met with Queen Elizabeth at Buckingham Palace. 25 Oct 2012
Imagen 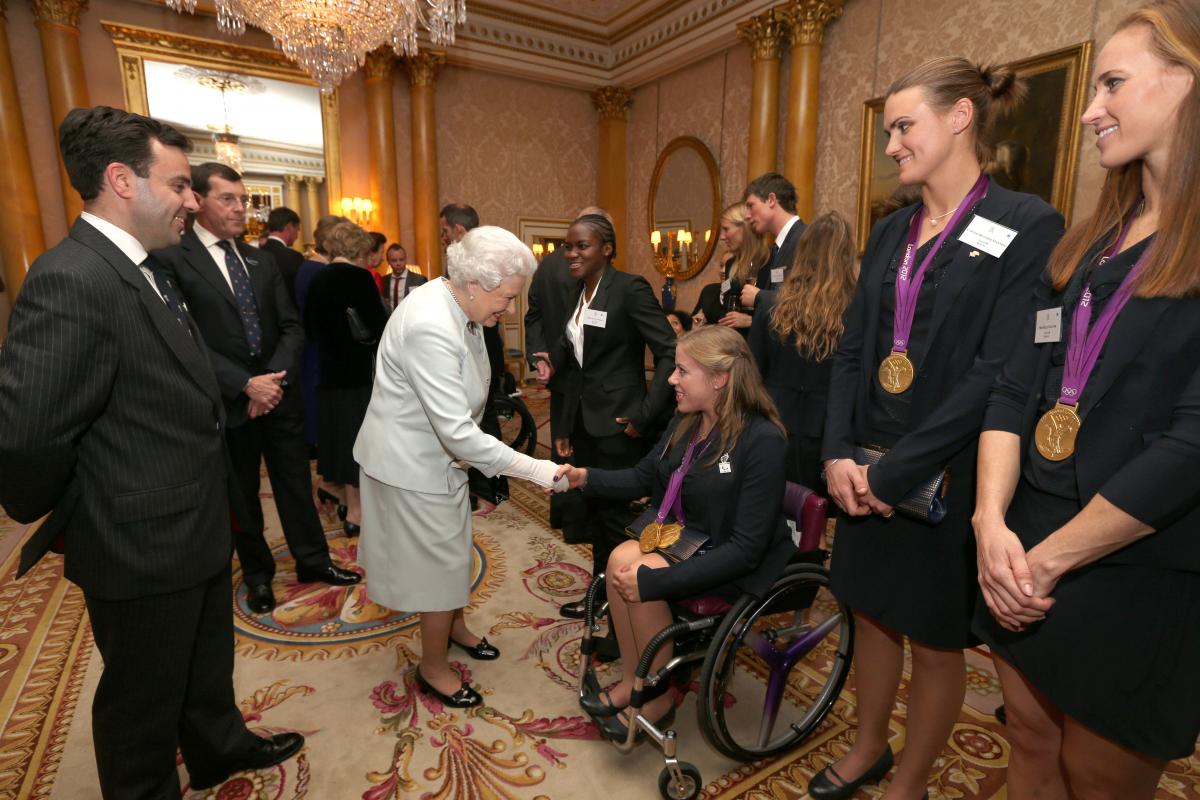 Hannah Cockroft meets Queen Elizabeth during a reception for British Olympic and Paralympic medallists at Buckingham Palace on 23 October, 2012.

Included among the 100 medallists at the reception were Paralympians David Weir, Sarah Storey, Ellie Simmonds and Sophie Christiansen.

Great Britain’s medallists from the London 2012 Paralympic Games were welcomed to a royal reception at Buckingham Palace with Queen Elizabeth on Wednesday (24 October).

It was the first time that British Olympic and Paralympic athletes have attended the post-Games reception together, as with medallists from both ParalympicsGB and Team GB came together to celebrate a remarkable summer of sporting excellence.

Previously there have been separate receptions for the Olympic and Paralympic teams following the Games.

"Our medallists are honoured to attend (Wednesday’s) royal reception, and it constitutes another memorable occasion for those who helped to make 2012 a year in which Great Britain has been so hugely proud of the achievements of our Paralympic and Olympic athletes,” said Tim Hollingsworth, CEO of the British Paralympic Association.

Included among the 100 medallists at the reception were Paralympians David Weir, Sarah Storey, Ellie Simmonds and Sophie Christiansen. 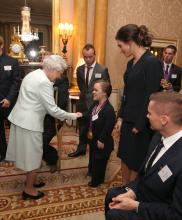