British Paraorchestra heads for No. 1 this Christmas

The British Paraorchestra has launched 'True Colors', featuring ParalympicsGB athletes &amp; The Kaos Signing Choir for Deaf &amp; Hearing Children, which it hopes will be the Christmas No. 1. 03 Dec 2012
Imagen 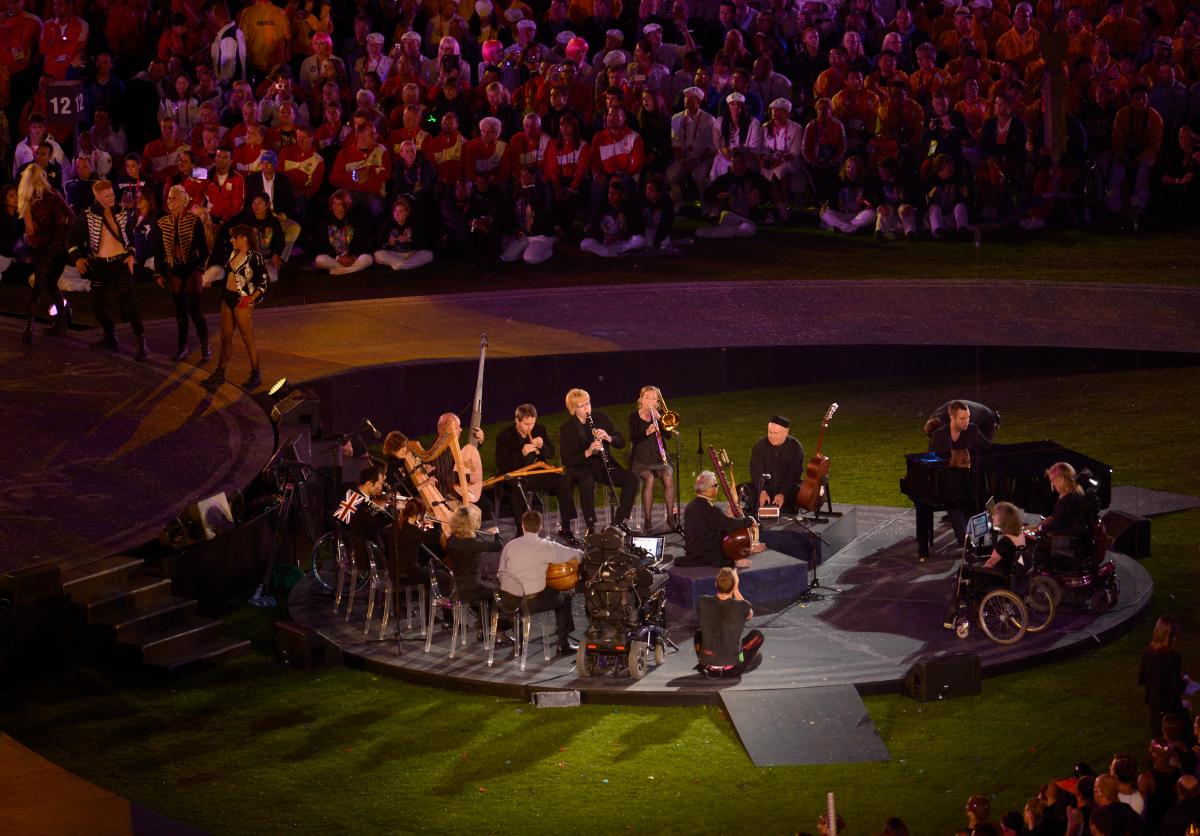 “No-one of us wants to be judged by our looks, our weight, our gender or our colour. This summer the Paralympics revealed the extra-ordinary individuals that make up the ParalympicsGB team to rapturous applause by audiences from all over the world."

After inspiring millions of viewers around the world with a thrilling performance at the Closing Ceremony of the Paralympic Games, the British Paraorchestra, the world’s first ensemble of professional musicians with an impairment, is aiming to top the charts this Christmas with its heart-warming version of ‘True Colors’.

The single was released on Monday 3 December 2012 – the UN International Day of Persons with Disabilities – and features The Kaos Signing Choir for Deaf & Hearing Children and the voices of ParalympicsGB athltes.

“Each of us wants to be seen for who we are as individuals,” said Charles Hazlewood, the British Paraorchestra’s Artistic & Music Director. “No-one of us wants to be judged by our looks, our weight, our gender or our colour. This summer the Paralympics revealed the extra-ordinary individuals that make up the ParalympicsGB team to rapturous applause by audiences from all over the world.

“We want to do the same for disabled musicians and indeed all talented disabled people. The song 'True Colors' played by disabled musicians, sung by deaf and hearing children and supported by Paralympians captures the longing and the joy of being seen for who you truly are.

“I'm crossing everything in hope that the great British public will get behind the single, as they did with ParalympicsGB and support the mission. What better way to celebrate Christmas!”

Founded by British conductor Charles Hazlewood, the British Paraorchestra is pioneering a global movement to recognise and showcase disabled musicians with extraordinary abilities. Its mission is to end the limitations placed on them, not by their physical ability but by lack of opportunity.

Channel Four’s ‘Great British Paraorchestra’ documentary, screened just before the Paralympic Closing Ceremony, followed the remarkable story of some of the musicians as they prepared for their debut.

“One of our ambitions for London was to change the way disabled people are perceived,” said Tim Hollingsworth, CEO of the British Paralympic Association (BPA).

“Through the extraordinary performances of our athletes we achieved just that with the nation focussing on what people can do, rather than what they can’t.

“Through their support of the Paralympics, Britain showed the world what kind of nation we are – we hope that the country gets behind this single in the same way.”

The Kaos Signing Choir for Deaf & Hearing Children is an award-winning, integrated project that brings together children and young people aged 4 to 18, of all abilities and backgrounds.

“Inclusion has always been at the heart of what we do,” said Suzy Davies, Music Director, The Kaos Signing Choir for Deaf and Hearing Children. “We believe that there are no limits to what anyone can achieve, both as an individual and especially as part of a team with a common goal.”