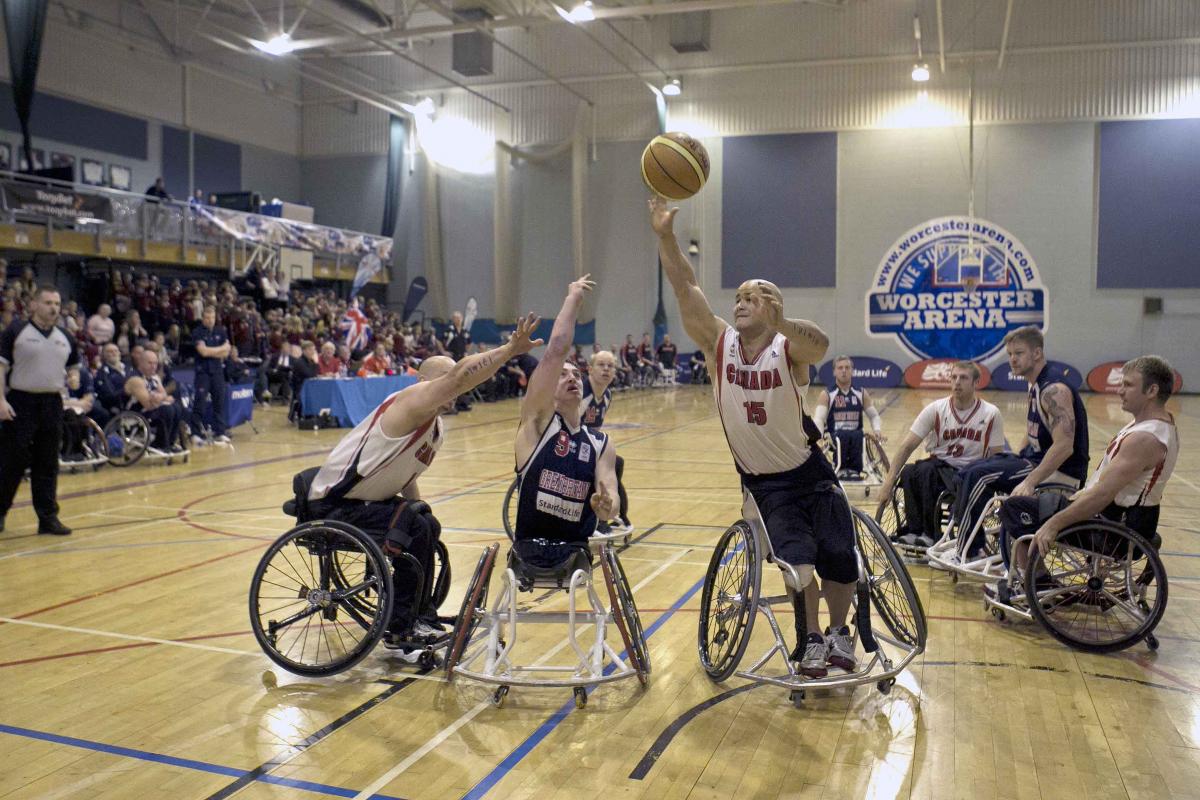 Harry Brown, the youngest member of the GB Squad, shooting against Canada during the Standard Life Continental Clash in Worcester, Great Britain.

The Canadians achieved perfection with five wins in five games thanks to top performances from Pat Anderson, David Eng and Dave Durepos.

In the three-team tournament that featured Canada, Great Britain and Spain, the Canadians achieved perfection with five wins in five games thanks to top performances from Pat Anderson, David Eng and Dave Durepos.

On Tuesday, Canada edged out Great Britain in the final game, 64-59, as Anderson tallied 31 points in a fast-paced, physical game – with 20 of those points coming in the first half alone.

Earlier in the day Great Britain defeated Spain, 49-45, outshooting their European rivals despite a strong defensive display in the fourth quarter by the Spaniards.

Spain then went on to beat Great Britain’s B team after that by a score of 50-39.

The tournament started on Sunday with a 77-49 win by Canada against Spain that included a 23-point, nine-rebound performance by Anderson and a solid 12-point performance by Eng.

Canada returned to the court later that day to cruise to a 78-46 victory over the host nation, as four of their players reached double digits in scoring. Anderson dropped 20, Richard Peter sank 12, Durepos hit 11 after going 3-for-3 from behind the 3-point line, and Bo Hedges chipped in 10.

Great Britain defeated Spain, 69-45, in the third game that day, but then Spain rebounded on Monday with a 58-43 win against the host nation.

Canada won both of their games on Monday with a 66-59 victory over Spain and a 59-45 win against Great Britain’s B team.

Canada's men's Wheelchair Basketball team will be one to watch at London 2012. 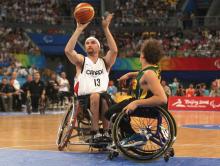 Canada's men's Wheelchair Basketball team is one of the IPC's Ones to Watch at London 2012.