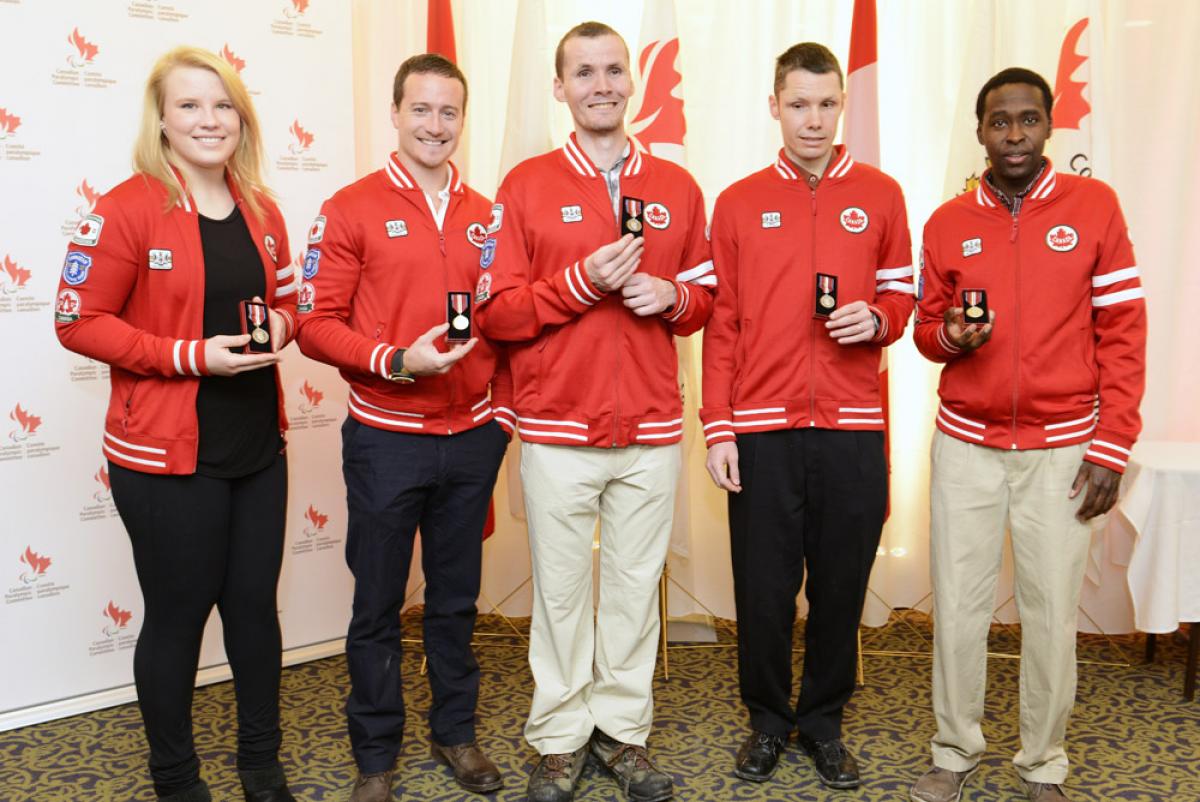 "I have loved every minute of my association with the Paralympic Movement and that is perhaps reward enough, however being recognised with such luminaries is a distinct pleasure."

Seventy of Canada's Olympians, Paralympians, coaches and builders gathered in both Vancouver and Ottawa on Friday (25 January) to be honoured with the Queen Elizabeth II Diamond Jubilee Medal.

"It's an amazing honour to receive a Diamond Jubilee medal," said Jason Dunkerley, who won silver and bronze medals in athletics at the London 2012 Paralympic Games.

"It's something that I'll look back at and cherish forever. I owe the chance to represent Canada and to medal in London to the incredible support of the people around me – my wife Colleen, my guide runner Josh Karanja, my coach Ian Clark, family and friends. I'd like to thank these people for being a part of this honour and for supporting me to do something that I love."

The Diamond Jubilee medals provide an opportunity to honour exceptional Canadians for their contributions to their fellow citizens, communities and country. During the year of celebrations, 60,000 deserving Canadians from across the country and various walks of life will be recognised.

"I am sincerely proud and thrilled to be recognised with such a significant award," said David Legg, President of the Canadian Paralympic Committee.

"I have loved every minute of my association with the Paralympic Movement and that is perhaps reward enough, however being recognised with such luminaries is a distinct pleasure."

The following people were recipients of the Queen Elizabeth II Diamond Jubilee Medal. All London 2012 athletes will be receiving the Diamond Jubilee medal. These names announced are of those who were present at the awards events held in Vancouver and Ottawa.