China defeated USA, 6-5, to take the bronze medal at the Championships in Sochi Russia. 23 Feb 2013
Imagen 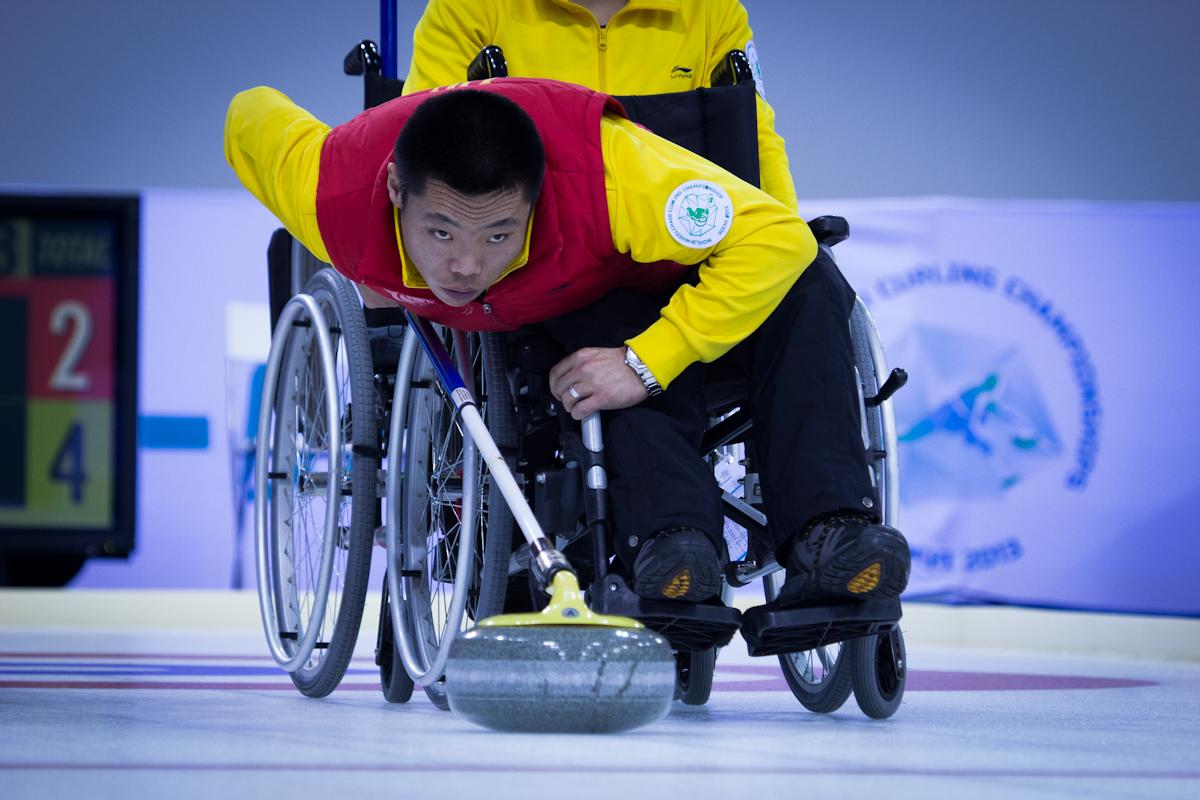 “We came and we played, we trained really hard. After the fourth end break they turned up the heat. They made it really difficult. The best team won.”

China won the bronze-medal game at the Wheelchair Curling World Championships in Sochi, Russia on Saturday (23 February), beating the USA, 6-5.

It is the second year in a row that this Chinese team – skip Haitao Wang, Wei Liu (third), Qiang Zhang (second), Guangqin Xu (lead) and their alternate Jun He have won bronze. They won bronze in Chuncheon City, Korea last year.

The USA opened the scoring in the first end taking two points. The two teams traded single points over the next four ends. With the score 4-2 going into the sixth end, the Chinese got their break with an open hit for two to tie the game 4-4. The USA only managed a single point in the 7th end. The Chinese kept the 8th end clean and Skip Haitao Wang had clear takeout on a US shot stone to score two and win the game.

Chinese skip Haitao Wang said he was extremely happy to win the game. He said the emotion of it all had made him cry. He explained that his team was very nervous going into the game as the USA had already beaten them twice - once the round robin and again in the 3v4 playoff.

Patrick McDonald USA Skip: “We came and we played, we trained really hard. After the fourth end break they turned up the heat. They made it really difficult. The best team won.” 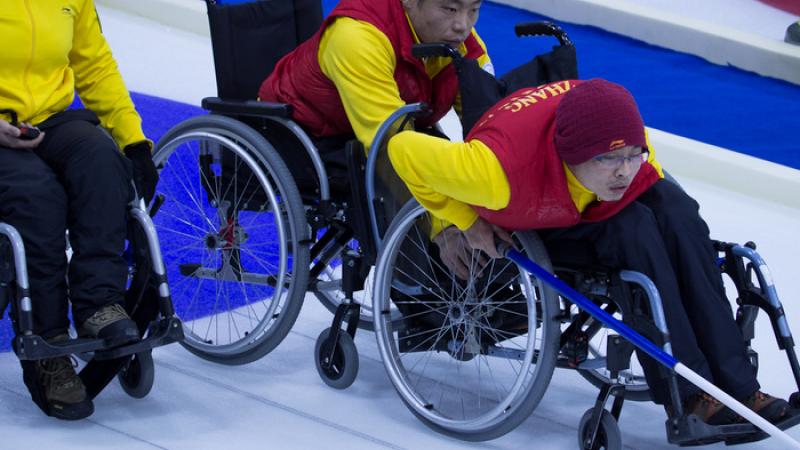