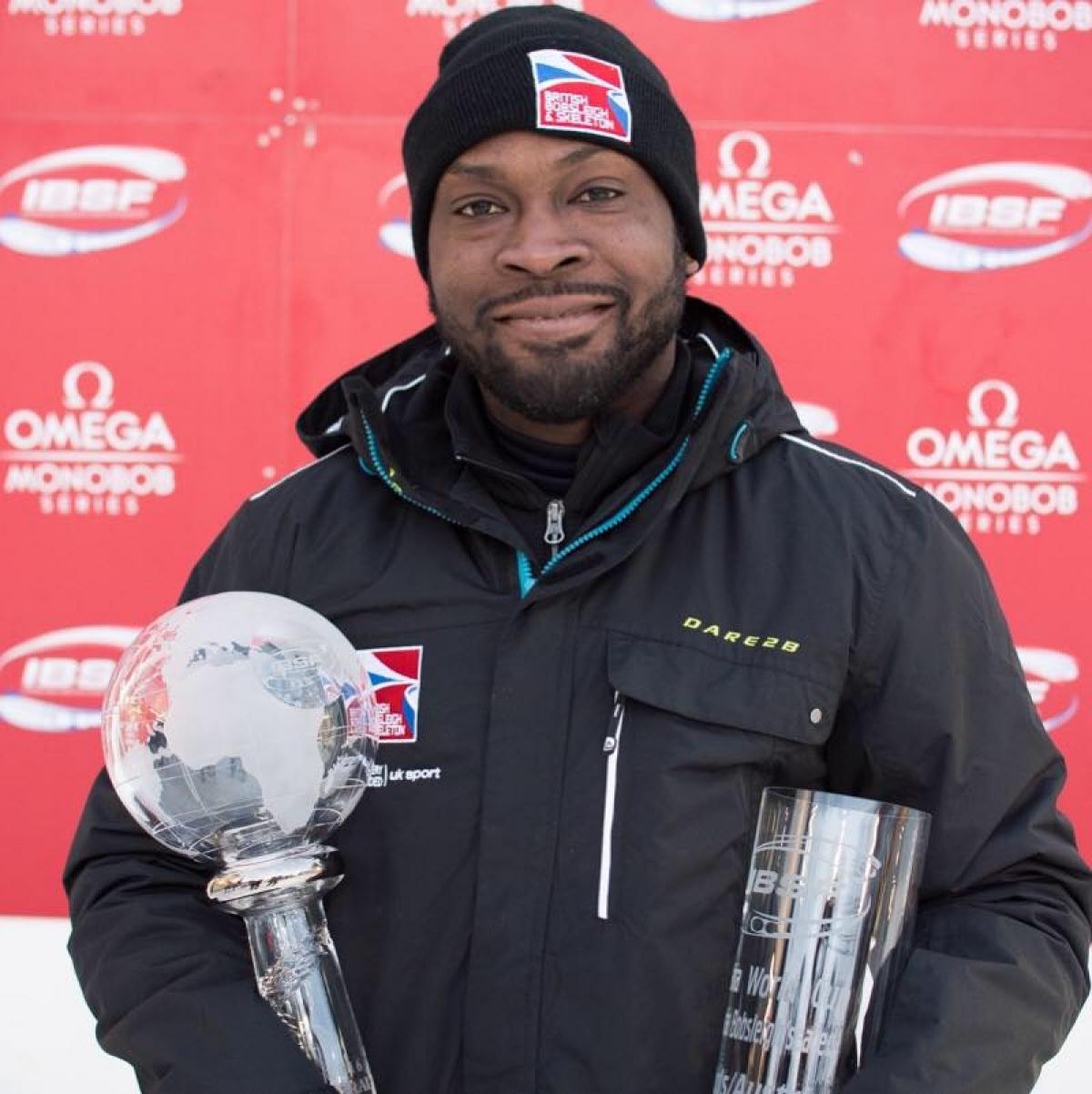 ⒸCorie Mapp
By Chris Reid and the IPC

Ahead of the International Bobsleigh and Skeleton Federation (IBSF) Para Sport World Championships 2017 from 29 January – 5 February in St. Moritz, Mapp has been training hard in the gym, using others as motivation.

“Honestly, I like… I like beating able-bodied people,” Mapp said. “I vibe off that. I like going in the gym and seeing an able-bodied person go: ‘This guy can squat 90 kilos and he’s got no legs’ and I’m like ‘Yes!’”

After the last World Championships were held in Park City, Utah, USA, Mapp is looking forward to their return to Europe and is familiar with the St. Moritz track.

“Europe is the place where I perform the best. I’m good there, especially in St. Moritz. I’m really looking forward to it, actually,” world No. 9 Mapp said. “It’s the birthplace of bobsleigh - to win in St. Moritz is always special.”

Mapp knows the competition this year will be even stiffer after the International Paralympic Committee (IPC) last September provisionally added Para bobsleigh to the Beijing 2022 Paralympic Winter Games sports programme.

Despite this, he says his greatest challenge still comes from dealing with the injuries he sustained in 2010. Whilst serving in the British Army in Helmand Province, Afghanistan, Mapp lost both his legs - and nearly his life - following an improvised explosive device. After also suffering a broken jaw and a punctured lung, he was placed into an induced-coma for eight days to undergo major surgeries.

“There is more to achieve because people are telling you you can’t do things,” Mapp said. “My coach has realised now that the easiest way to get me to do something is to say ‘Corie, you can’t do this, it’s not possible.’”

Mapp’s recovery from 2010 was rapid; just two weeks after being woken from his coma he had begun walking on his prosthetic legs and returned to his regiment within six months.

“I got injured in January and I was back at work in June… That was a major achievement,” he said.

He was introduced to Para bobsleigh by Help for Heroes three years ago to help with his rehabilitation. It quickly grew to be his favourite sport as he became Britain’s first –and remains their main - competitive Para bobsledder.