In partnership with Allianz Croatia, the returning Paralympians enjoyed a concert and other festivities. 27 Sep 2016
Imagen 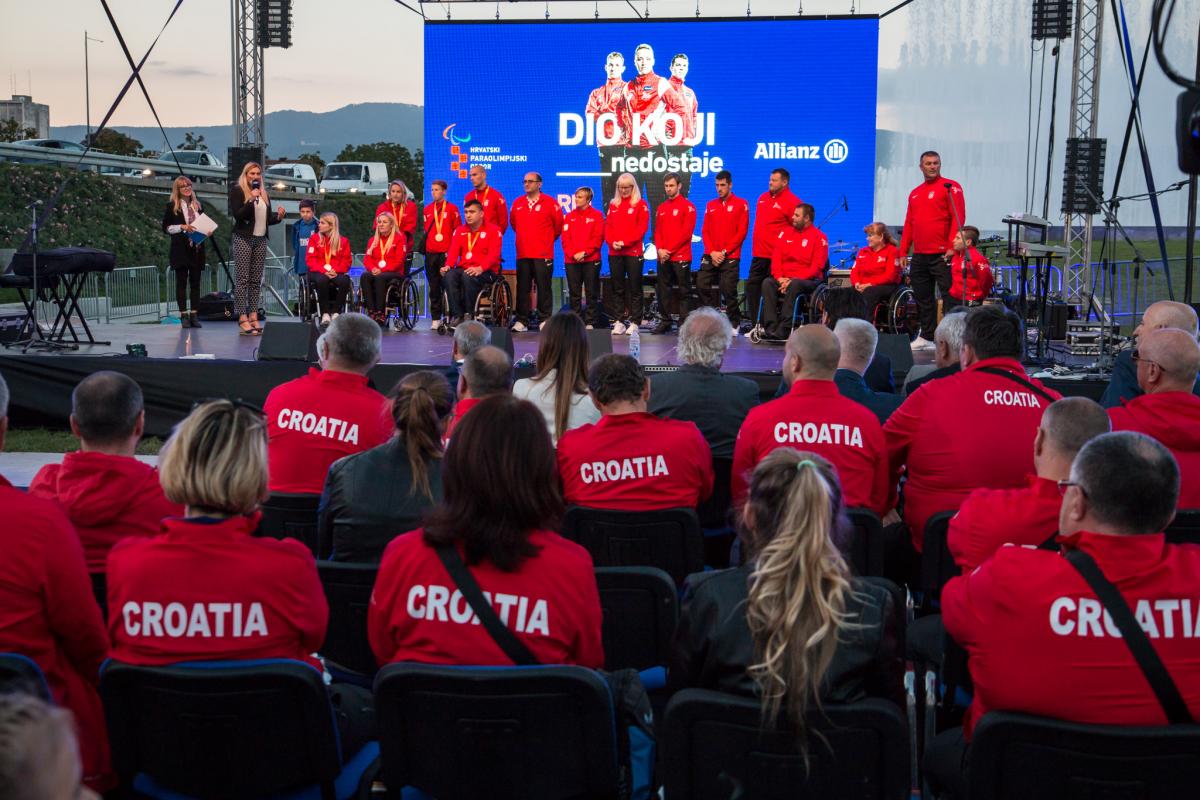 “It was such a great pleasure to work on a project which aimed to bond the public with our inspiring athletes and surprise them at the same time in a manner which celebrates their sporting results.”

Croatian athletes were welcomed home from Rio 2016 last week (21 September), with the first ever public party to celebrate their achievements at a Paralympic Games.

The event concluded the Allianz Croatia ‘missing piece’ campaign which began at the start of 2016 and aimed to garner public support for Para athletes on their road to Rio.

“Thank you so much for organising this, it really means a lot to us when you see that your work and sports results are evaluated and appreciated,” table tennis Paralympic champion Sandra Paovic said. “Thank you so much from bottom of my heart in the name of all Croatian Paralympians for such a warm and beautiful welcome.”

Leading up to the 2016 Paralympic Games, Allianz decided to invite the public to support their Paralympic athletes during their training and preparations. In cooperation with VETTURELLI sponsorship architects and the digital agency Degordian, they created the ‘missing piece’ campaign to enable fans to connect with the athletes and show their support.

The campaign started with a digital activation via Facebook and Google Ads, asking people to leave messages of support at the website budidiokojinedostaje.hr.

The messages were collected to be shown at Zagreb airport, where there were displayed on 20 screens to surprise the athletes whilst they were waiting for check-in.

Messages such as “Thank you for proving that nothing is impossible” and “For us, you are already winners” gave an additional boost to Paralympians and showed them that their work and efforts are appreciated.

The five medals won in Rio made it easy to attract fans and the wider public to welcome and celebrate the athletes at the welcome party.

Some athletes shed tears of joy as they enjoyed the celebrations which included a concert of famous Croatian bands.

The event was broadcast live on primetime television as well as covered by other media.

“It was such a great pleasure to work on a project which aimed to bond the public with our inspiring athletes and surprise them at the same time in a manner which celebrates their sporting results,” said Vanja Bzik, Corporate Communications Manager from Allianz Croatia.

Rio 2016
With degree in pocket, Paovic focuses on Rio
Imagen