Ukraine headlines Group A, while Worlds bronze medallists Brazil are the ones to beat in Group B. 04 Apr 2016
Imagen 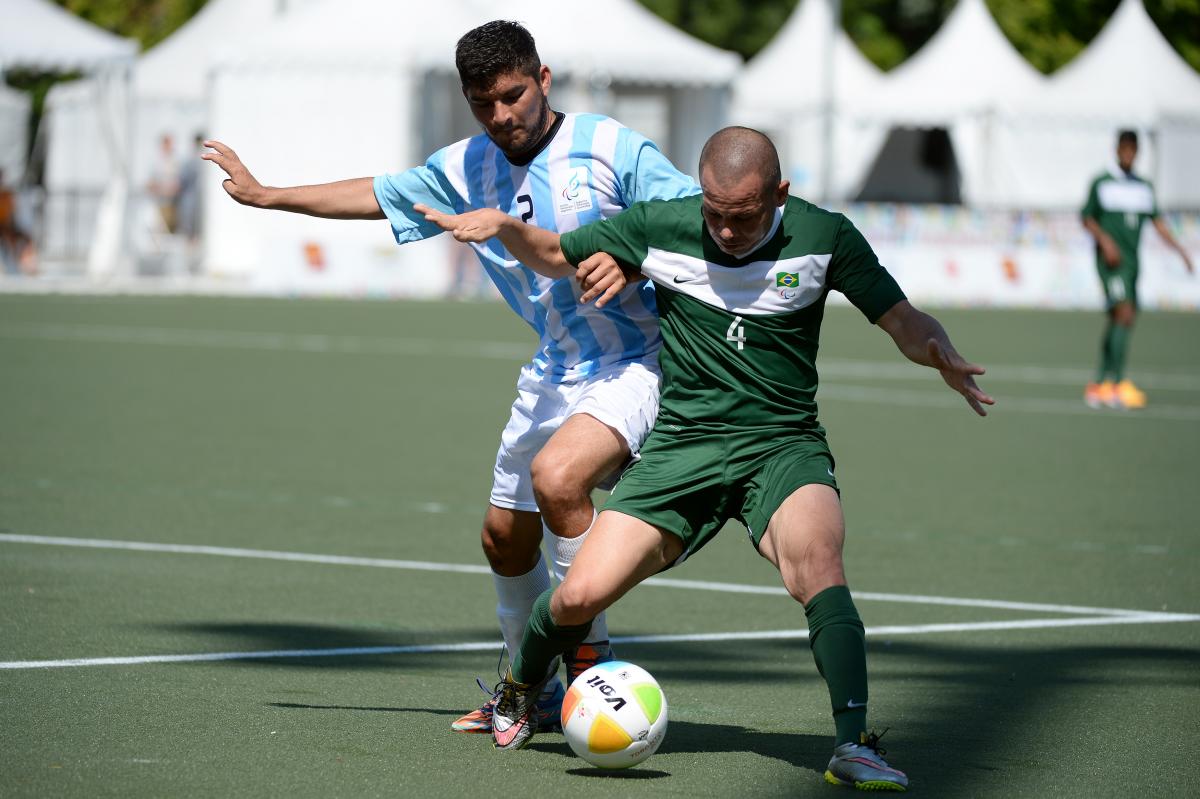 Jose Monteiro Guimaraes of Brazil and Rodrigo Luquez of Argentina in the football 7-a-side gold medal game at the Toronto 2015 Parapan American Games.

The group draws for the 2016 International Federation of Cerebral Palsy Football (IFCPF) Pre-Paralympic Tournament were revealed on Sunday (3 April).

Tournament favourites Ukraine, the 2015 World Championships silver medallists, are in Group A, along with the Netherlands and Argentina. Group B consists of 2015 Worlds bronze medallists Brazil, Ireland, the USA and Great Britain. All these have qualified for the Rio 2016 Paralympics Games.

The 2016 IFCP Pre-Paralympic Tournament will be held 30 April–7 May in Salou, Spain. More information can be found on the event website.