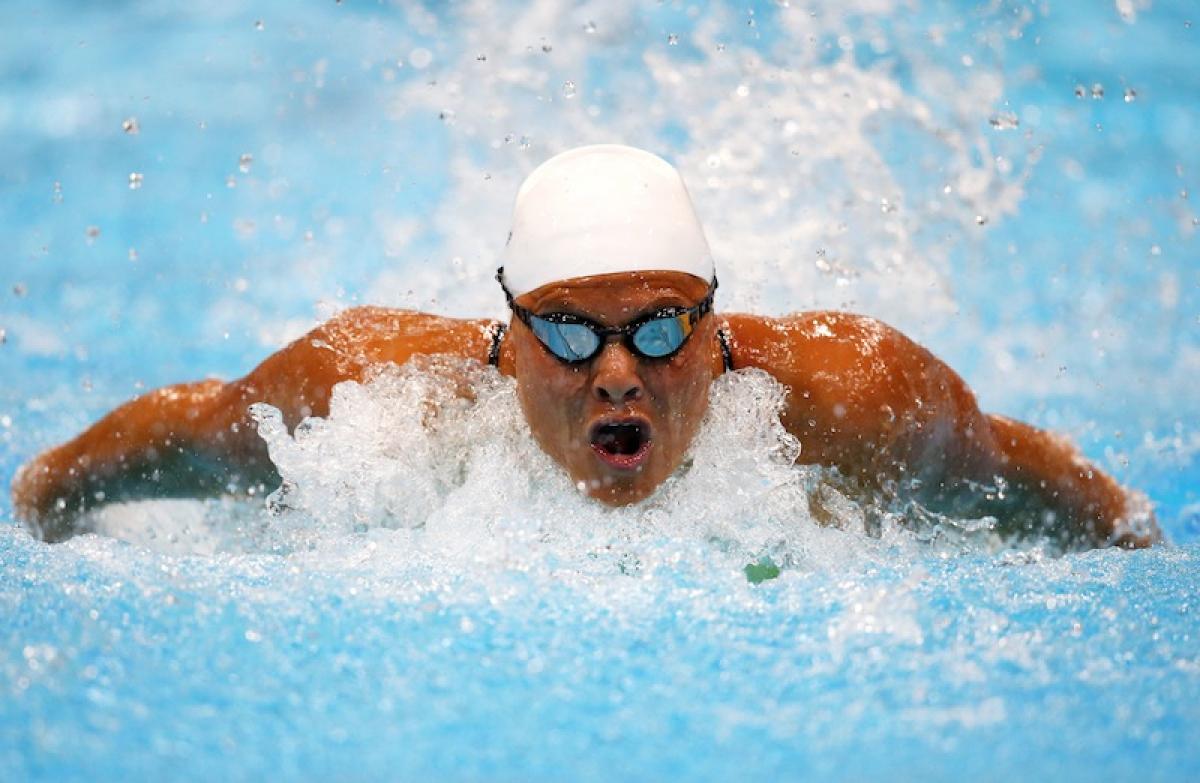 In a day where seven world and 12 Paralympic records were broken and 15 gold medals were won, it was South Africa’s Natalie du Toit who stole the show.

The opening day of the London 2012 Paralympic Games swimming competition was always going to be an exciting one, but in reality, it surpassed all expectations.

In a day where seven world and 12 Paralympic records were broken and 15 gold medals were won, it was South Africa’s Natalie du Toit who stole the show, winning her 11th Paralympic gold.

Du Toit, who competed in the Beijing 2008 Olympic and Paralympic Games, beat Sarai Gascon into silver by just 0.49 seconds, and Elizabeth Stone into bronze.

"She's a strong competitor, she's been in the Olympics, she's an example to follow," Gascon said of du Toit.

Meanwhile Sophie Pascoe of New Zealand managed to break not one, but two world records in the women’s 200m individual medley SM10. Pascoe smashed the world record in the morning heats before knocking a further 3.8 seconds off the time in the final.

In one of the other stand-out showdowns, Great Britain’s Jonathan Fox, silver medallist in Beijing, went head-to-head with Ukrainian swimmer Yevheniy Bohodayko who was reclassified from an S6 swimmer to S7 on the eve of the games. Making the most of his home advantage, Fox set a new world record in the heats earlier in the day with a time of 1:09.86 and he followed it up with a convincing win in the final, beating Bohadayko into silver. Croatian Mihovil Spanja took the bronze.

American swimming star Jessica Long, winner of six medals in Beijing and nine medals at the 2010 World Championships, set a new Paralympic record in the women’s 100m butterfly S8 and won gold in the process. Her time of 1:10.32 was enough to beat Ukrainian Kateryna Isotomina and Chinese swimmer Shengnan Jiang into silver and bronze.

As the action heated up, the world records started to tumble. In the first race of the evening session, China’s Tao Zheng broke the world record for the men’s 100m backstroke S6, setting a time of 1:13.56, over a second quicker than his countryman and silver medallist Hongguang Jia.

In the men’s 200m individual medley SM10 Canadian Benoit Huot was another one to break a world record, setting a time of 2:10.01 while Brazilian Daniel Dias broke his own world record in the men’s 50m freestyle S5 final.

Russian swimmer Oxana Sevchenko was under the spotlight in the women’s 400m freestyle S12 after winning three golds in the Beijing 2008 Paralympic Games, and she didn’t disappoint. Sevchenko finished with a time of 4:37.89, with Great Britain’s 16-year-old Hannah Russell in second and Deborah Font of Spain in third.

Australian Matt Cowdrey was beaten to gold in the men’s 100m butterfly S9 by Tamas Sors, but in winning a silver he became his country’s equal-best Paralympian of all time with 16 medals.

Elsewhere, Australian Jacqueline Freney set a new Paralympic record as she won the women’s 100m backstroke S7 while there were gold medals for Charles Rozoy of France in the men’s 100m butterfly S8, Jianping Du in the men’s 50m breaststroke SB2 and Natalia Prologaieva equalled the world record in the women’s 50m freestyle S5 final.