After finishing runners-up at this summer’s European Championships, the free-scoring Dutch team now aim to make it to the Paralympic Games. 22 Dec 2014
Imagen 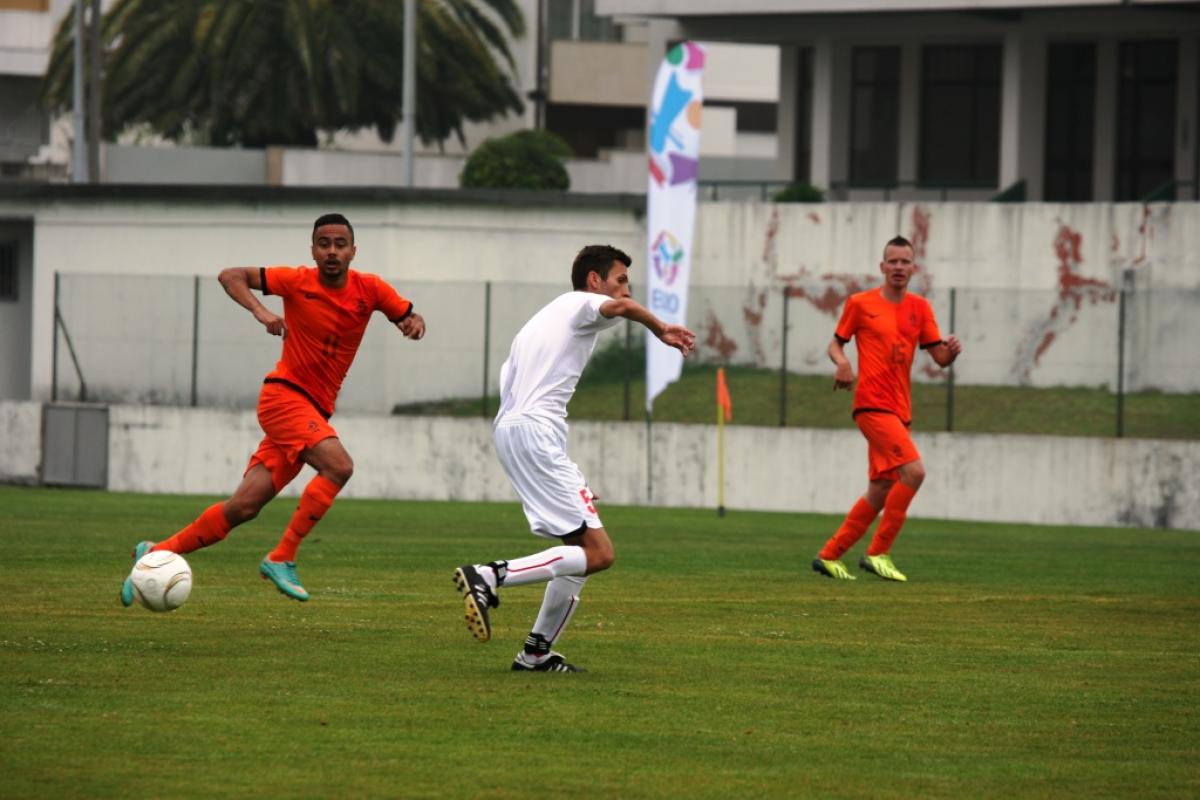 The Netherlands' Iljas Visker scored 7 goals against Denmark in the first match of the Football 7-a-side European Championship in Maia, Portugal

“There is a lot of work to do to match up with the top countries in our sport. That's why we are still working hard on the field and in the gym during practice."

The Netherlands may not have claimed the CPISRA Football 7-a-side European title this summer after losing out to Ukraine, but the tournament’s runners-up certainly captured the hearts of those watching with their free scoring play.

In six games in Maia, Portugal, the Dutch scored 34 goals, and star striker Iljas Visker is already plotting further success in 2015 with the highlight being June’s World Championships in Great Britain.

Whilst many people around the world are gearing up for festive celebrations, the Dutch side are hard at work on the training ground still trying to get over the disappointment of losing 3:0 to Ukraine in the European final.

“There is a lot of work to do to match up with the top countries in our sport. That's why we are still working hard on the field and in the gym during practice,” said Visker.

”The game against Ukraine was very tough. Unfortunately we did make some mistakes and they are so good that they will score when the other team makes mistakes.”

In addition to the world title being up for grabs, places for the Rio 2016 Paralympic Games are also at stake next year. Visker is confident his team will do well and has set himself some personal goals.

“If everybody in our team does have the same goal to qualify for Rio 2016 it will not be a problem. I think the biggest lesson for us is that we are better than we think we are," he said.

“My own goals for 2015 are to play better than in 2014, become stronger and smarter. Hopefully I will become a player that will help the team to reach our goal of Rio 2016.”

After performing so well at the European Championships, few will reslish a game with the Dutch in the World Championships. It is Russia and Ukraine who will start next year’s event as favourites however. Russia won gold at London 2012 and are the defending champions, whilst Ukraine beat Russia in the semi-finals on their way to European gold.