The Netherlands, Brazil and Ukraine will compete this weekend at the International CP Tournament in Groesbeek. 28 May 2014
Imagen 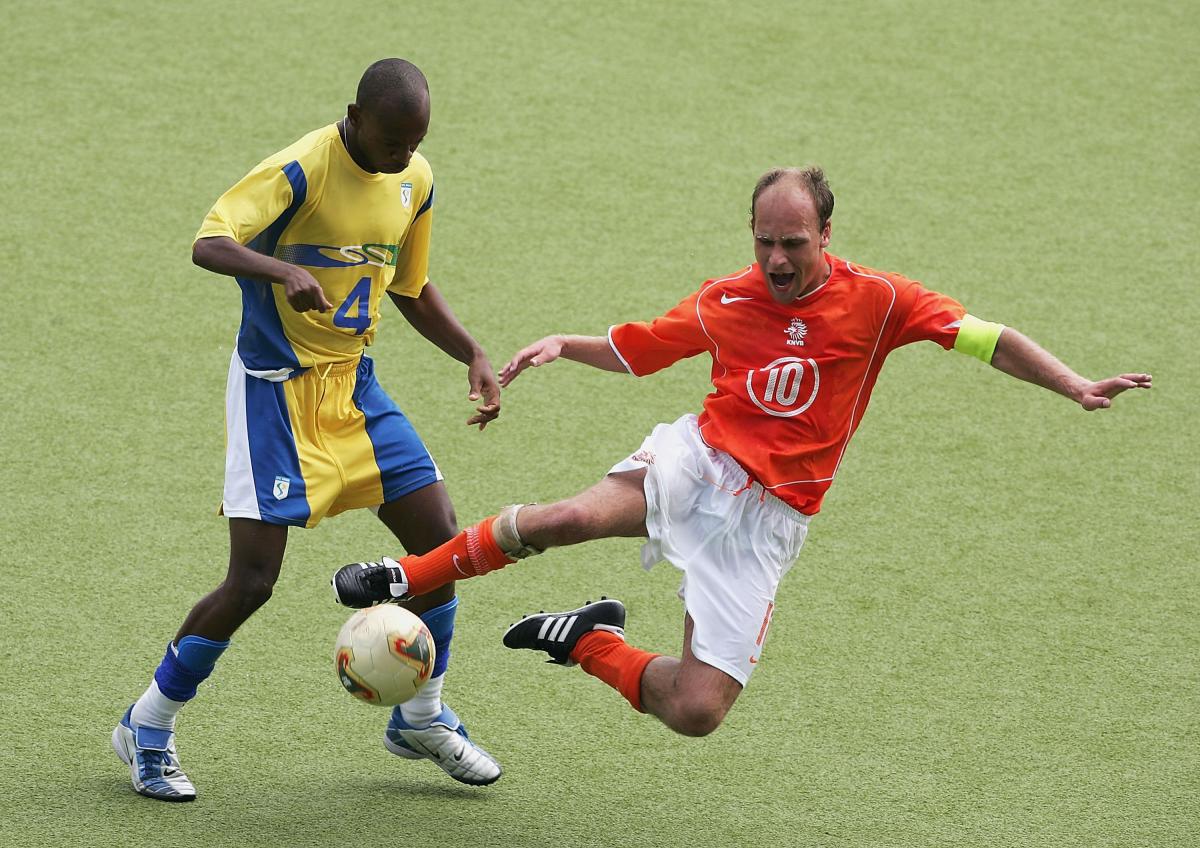 The Netherlands' Stefan Lokhoff is on the IPC's Ones to Watch list for football 7-a-side.

“The goal for this year at the European Championships is to get to the finals. We are now much stronger than last year in Barcelona so I want more. The tournament in the Netherlands is for that a good showdown for us.”

The start of any sporting calendar is seen as a significant stepping stone to laying down the firm foundations and sending out a message for success over the upcoming year.

It is two years until the Rio 2016 Paralympic Games get underway, and half of the preparation time since London 2012 has come and gone. For three of the world’s best football 7-a-side teams, the push to enhance their credentials ahead of the next Paralympics continues on Saturday (31 May) at the International CP Tournament in Groesbeek, Netherlands.

Hosted by the Royal Netherlands Football Association, the Netherlands will welcome Brazil and Paralympic silver medallists Ukraine to their pitch with the aim of breaking into the world’s top four that for so many years have been dominated by Ukraine and Russia.

A fifth-place finish at the International Trophy of Football 7-a-Side tournament in Barcelona last August, in which the Dutch finished behind both Brazil and Ukraine, has been seen as a failure by Marcel Geestman’s side, and the aim is to show that they are much stronger outfit this time around.

“This is a very good test for us and the years that will come,” said Lars Conijn, a 21-year-old Dutch midfielder.

“If we get good results now we will give a signal to the other teams that we are getting better and stronger.

“The goal for this year at the European Championships is to get to the finals. We are now much stronger than last year in Barcelona so I want more. The tournament in the Netherlands is for that a good showdown for us.”

Since the curtain came down on 2013, there has been a quick shift in focus in the Netherlands camp on trying to restore themselves amongst football 7-a-side’s elite, and primarily, in the top four.

Extra training and coaching has been put in place and Conijn hopes the squad’s efforts will bear fruit when they take on two of the world’s best over the course of the week-long event.

“This season we have started with the team a CTO (Centrum for sport and education),” Conijn added. “We have trained five teams a week with the Dutch squad and with all the training hours we are playing a lot better and we were getting much stronger.

It would be a rise that would be comparable to that of the Brazil team. Their progress over the course of a memorable 2013 has come off the back of a fluid national league system that is continually improving and they are in prime position to make an impression when the Paralympic Games land in their own nation in two years.

Victory in the Netherlands would go a long way to maintaining that they are the world’s best upcoming team, and Wanderson Oliveira, who is considered to the Brazil’s best football 7-a-side player, wants his side to bring their form from 2013 into the first international tournament of the season.

“This tournament is important to improve our level,” Oliveira said. “We are doing an amazing job for Rio 2016 and this event that is taking place in the Netherlands is a great opportunity to show that. Also, the tournament can be a good test for us and an experience for new athletes.

“I see 2013 as a year full of victories. Everything we planned went well. Our plan was to never be out of the podium, and this goal was achieved, so we kept this thought for 2014.”