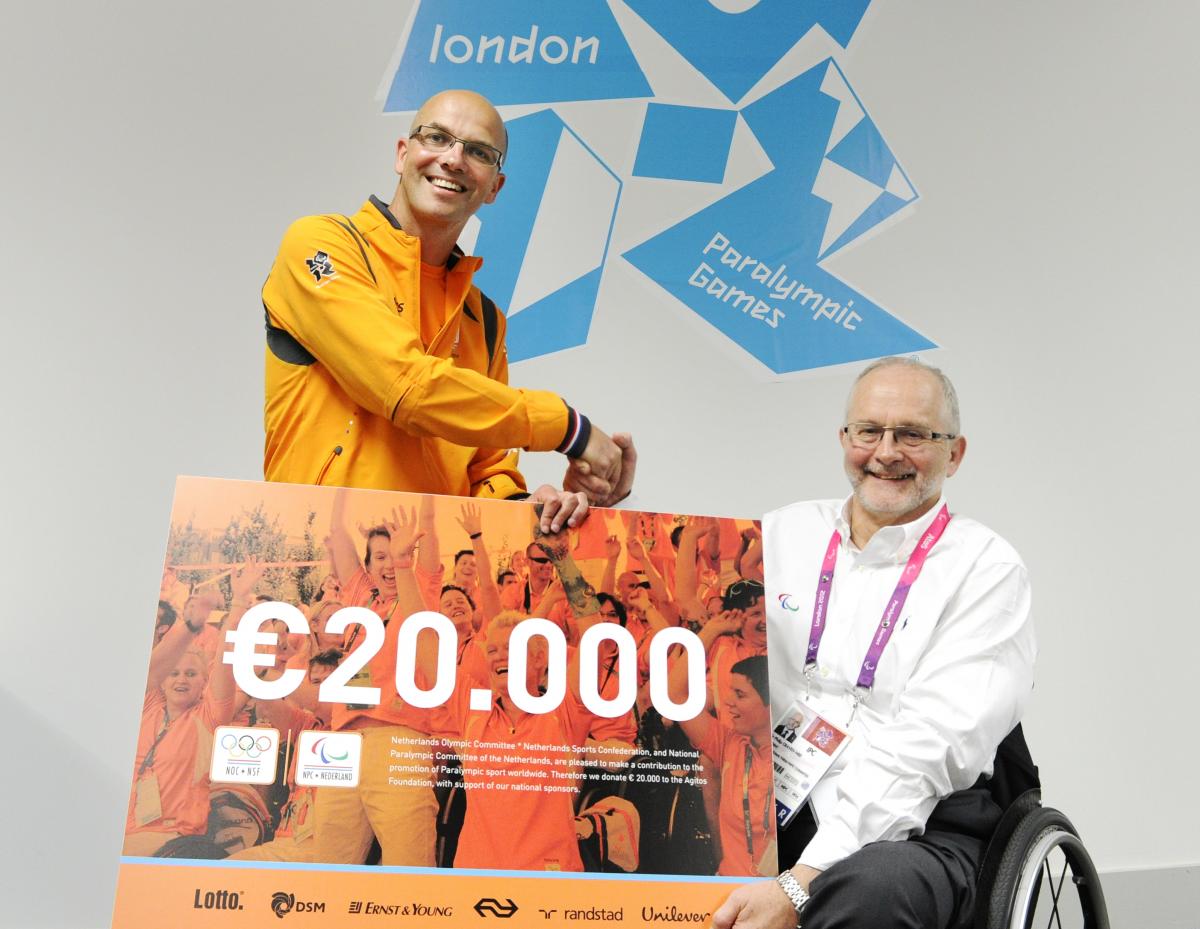 "We hope that other National Paralympic Committees will follow us again to make the Paralympic Movement stronger."

The IPC’s Agitos Foundation, launched during the London 2012 Paralympic Games, recently received a generous donation from the Dutch Paralympic team.

"We hope that other National Paralympic Committees will follow us again to make the Paralympic Movement stronger," Cats said.

More than one billion people, nearly 15 per cent of the world’s population, have an impairment and this number is constantly increasing due to conflicts, chronic diseases, insufficient medical services and age.

Worryingly, more than 800 million people with an impairment live in poverty, with 3.5 million of them refugees.

The Paralympic Movement and IPC have an exceptional track record for using sport to showcase on a global level what can be achieved by people with an impairment.

The IPC’s Agitos Foundation aims to be the leading global organisation in developing sport activities for people with a impairment as a tool for changing lives and contributing to an inclusive society for all. Its vision is to lead the Paralympic Movement’s aspiration of driving change and establishing equality.

The Netherlands has been a part of Paralympic sport since 1952, when it first joined the Stoke Mandeville Games in Great Britain. Sixty years later, the Dutch are still a major part of the Movement, and recently at the London 2012 Games the Netherlands finished 10th in the medal standings with 10 gold and 39 overall medals.