The Dutch trio of Hessels, van de Veen and Rossen are in position for gold over at Weymouth. 05 Sep 2012
Imagen 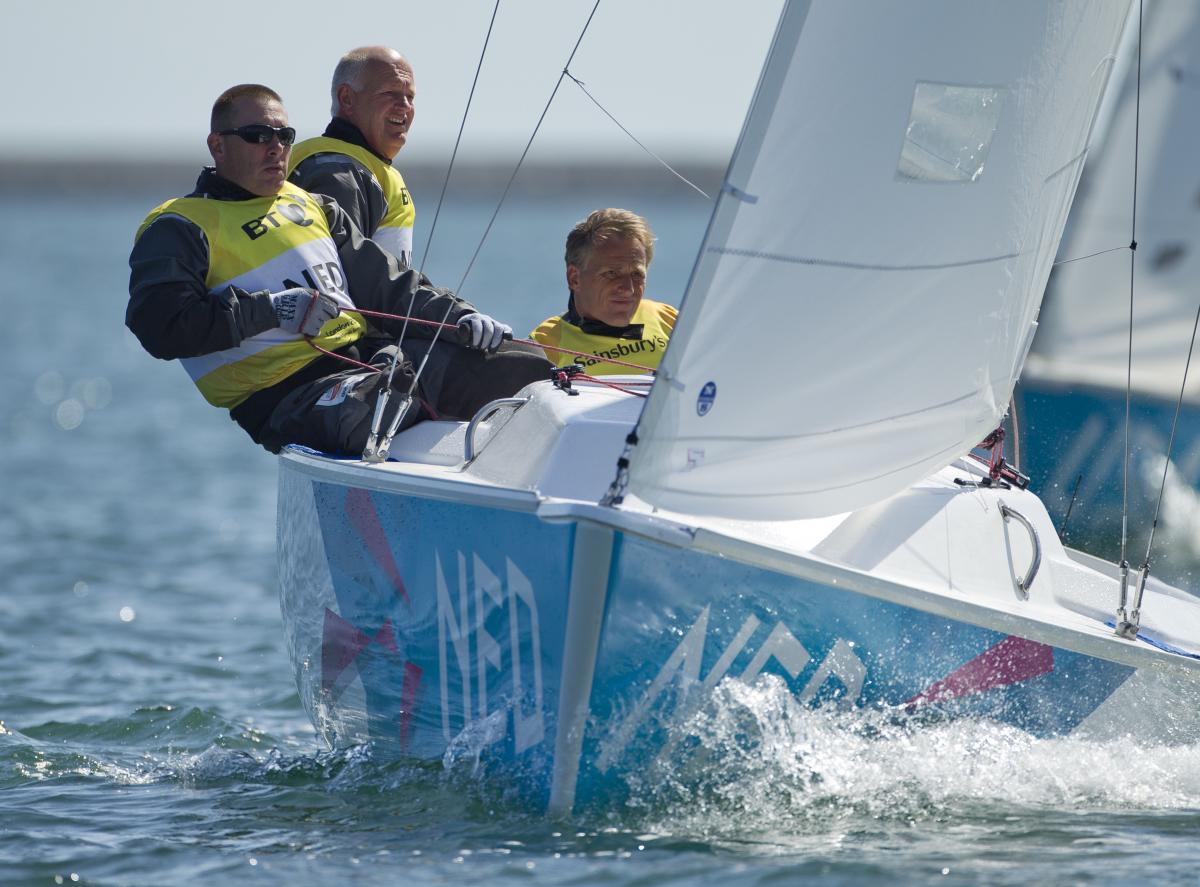 The Netherlands sailing team take to the water at London 2012

“There are more competitors in the world championships, but this is the Paralympics and it has more meaning. It hasn't sunk in yet."

With a bullet, a second and fifth place finish from three races the Dutch trio hold an unassailable 20-point lead and with just one race remaining, they cannot be caught.

"I have won a gold medal before but only in the worlds,” said an ecstatic Hessels. “There are more competitors in the world championships, but this is the Paralympics and it has more meaning. It hasn't sunk in yet."

Van de Veen added, “We're happy, we didn't know we were that far ahead already.”

Eight points separate places second to eighth which will make a thrilling finale on the final day of racing and with the gold medal already sewn up the Dutch trio do not have to sail.

Hessels said, “If we will compete we still want to win every race that we race. It doesn't affect our tactics, only that we will look at the standings and we will stay clear of everybody else who is still in the chase for the second and third places. We will not be in their way whatsoever. We really don't want to screw their race up."

Aleksander Wang-Hansen, Marie Solberg and Per Eugen Kristiansen of Norway won the day as they recorded two race wins and an eighth to move from seventh to fourth. They are just one point off of Great Britain’s John Roberson, Hannah Stodel and Stephen Thomas in third and two off Germany’s Jens Kroker, Siegmund Mainka and Robert Prem in second.

France’s Bruno Jourdren, Nicolas Vimont-Vicary and Eric Flageul are tied on 42 points with the Norwegians whilst the Australian and American crews are six and seven points out.

The final day of racing will see the crews fight for the silver and bronze medals and with mixed results across the fleet all week nothing is certain.